A brief summary of the IP profession in Indonesia

This document has been written with the aim of giving the reader a broad overview of the IP profession in Indonesia. For the most part, an IP professional's role is quite similar to their counterparts in other countries. However, there are several key differences that may not be instantly apparent for the foreign observer.

The Government entity managing IP in Indonesia is the Directorate General of Intellectual Property (DGIP), which operates under the Indonesian Ministry of Law and Human Rights. The DGIP manages several different types of IP, which are divided into the following categories:

Colloquially, in an international setting, we refer to people who can represent others in matters of intellectual property as “IP attorneys". The General Assembly of the IP Attorney Association of Indonesia (AKHKI) has endorsed such a translation, and some official translations of official documents even refer to these professionals as such. However, up until now, the official term according to Government Regulation Number 2 of 2005 is “Konsultan Kekayaan Intellektual” (i.e. IP consultant).

The role of a registered Indonesian IP attorney is quite similar to their counterparts in other countries, with some notable differences, among others:

As mentioned above, it is not the IP Attorney Association of Indonesia (AKHKI) that is the licensor of the IP attorney’s licence. Rather, the Ministry of Law and Human Rights swears people into such a role. To that end, the DGIP works with several universities to conduct education programmes that conclude with a state exam and the swearing-in of a new batch of IP attorneys. These programmes are conducted irregularly at the DGIP’s discretion. Sometimes it takes up to three years before the next programme is open for potential candidates.

Potential candidates for the programme are required as a minimum to hold a bachelor’s degree in any academic field. However, traditionally, law graduates constitute the majority of the candidates.

Those with a scientific or engineering background are typically underrepresented, even among those who later work with patents.

Due to the nature of the all-in-one qualification, most Indonesian IP professionals are general-practitioners, offering full-range IP services. A minority of IP firms specialise in specific sectors only. A few larger firms have dedicated departments, where each handles a dedicated IP field.

The IP Attorney Association of Indonesia (AKHKI) is the only recognised organisation for the IP profession in Indonesia. Since the AKHKI does not determine entry into the profession, its role is probably not comparable to similar associations in some other countries.

There have been ongoing internal discussions within the AKHKI and as well as in conjunction with the DGIP, on how the role of the association could be leveraged. A future regulation (replacing the current Government Regulation no.2 of 2005) may make it mandatory for IP attorneys to become members of a recognised professional association. Discussions indicate that the AKHKI will compile ethics guidelines for the profession in the near future.

Since the new Law No.13 of 2016 about Patents came into effect, one of the subject matters discussed extensively in the industry was the “Working Clause” found in Article 20. The 2016 law makes it mandatory for foreign patents to be “worked” in Indonesia. This was undoubtedly problematic for quite a few international patent holders. As a way out, the Ministry has made an additional provision to extend (upon request) the delay of the enactment of this working clause for a period five years. This issue has been discussed with FICPI’s Study & Work Committee for Asian Issues (CET 8).

Another very recent development is Law No.11 of 2020. The new law broadens the definition of above working clause so that it also incorporates the import and the licensing of the patented product/process as viable ways to “work” the patent. Unfortunately, we don’t have any case studies yet to conclusively determine how this will translate into actual practice.

Indonesia is not only the largest economy in South-East Asia, but its growth in recent years is also quite remarkable. Patent registrations have consistently gone up (2017: 9,798 registrations; 2018: 11,302 registrations; 2019: 12,606 registrations). And with the implementation of the aforementioned new IP laws, we are sure to see another leap coming. In other words, if you’re serious about developing a comprehensive Asian IP-strategy, Indonesia should definitely be an essential part of your plan.

Membership of FICPI makes the world a little bit smaller by bringing independent IP attorneys from around the world together to connect, share knowledge and grow, through shared experiences through articles and blogs, webinars, the LinkedIn page and group, and in-person events when social distancing is not in place. The FICPI member directory is a powerful way of connecting with FICPI members around the world with the reassurance that membership of FICPI demonstrates a commitment to quality and shared common goals and concerns.

Previous Post
Is your firm missing out on work for lack of commitment to diversity and inclusion?
Next Post
Brazilian patent term judicial action 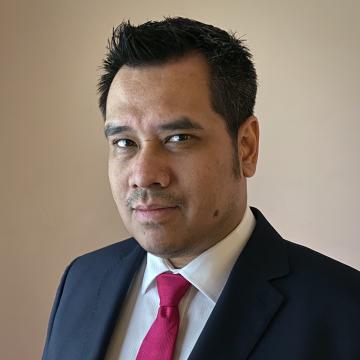 Alcy Muluk is a registered Patent and Trademark Attorney and partner at ChapterOne-IP, Indonesia.