SPCs in the European Union: the Evolving Regulatory Landscape

Posted by Rafal Witek
12 January 2022
0
IP laws and practice (includes legislation, practice changes, case-law from around the world)
The legal framework governing supplementary protection certificates (SPCs) in the European Union is quickly evolving: in 2019 a manufacturing waiver was introduced and right now, with the upcoming launch of the Unified Patent Court, different options are proposed for adjusting current rules to the unitary patent system. We would like to offer you a brief overview of those developments.

What is the SPC Manufacturing Waiver?

The acts permitted under the revised Article 5 are subjected to certain conditions. The maker is obliged to provide a specific set of information to the competent industrial property office of the Member State in which making is to take place, as well as to the certificate holder in assigned time (no later than 3 months before the start of making or before the first related act, prior to that making, that would otherwise be prohibited by SPC, whichever is the earlier). The maker is also obliged to fully inform their contractual partners of acts undertaken on the basis of SPC Waiver and potential infringements of the certificate (due diligence duties). Another safeguard worth mentioning is the requirement of labelling products destined for export.

The introduction of the waiver addresses a significant disadvantage of the European producers of generics and biosimilars in comparison to their non-EU rivals as an unintended result of the broad protection granted by SPCs. As explained in the Preamble to the Regulation, lack of exception led to “preventing makers of generics and biosimilars established in the Union from making generics and biosimilars in the Union, even for the purpose of export to third-country markets in which protection does not exist or has expired|”. The balance that waiver is meant to strike between restoring a level playing field and preserving the exclusive right of certificate holders is also expected to improve the situation of patients by making medicines more accessible to them.

What awaits the SPC in the light of the UPC launch?

The launch of the UPC has been hindered by numerous obstacles (Brexit, German constitutional complaints), but now it finally seems not so distant and unrealistic perspective. The question of the relationship between the unitary patent and the SPC becomes therefore particularly pressing: unfortunately, the package of legal instruments laying foundations for the unitary patent system left it open. The SPC framework right now remains unharmonised with respect to the new patent system: unitary patents are going to be used as a basis for SPC applications, but under current rules the certificates would not confer corresponding unitary title of protection; there is therefore an evident gap in the applicable legal framework.

European Commission has already carried out some research in that area: in 2015 EC Communication “Upgrading the Single Market: more opportunities for people and business” the possibility of creation of the unitary SPC was mentioned. Such a solution, as EC claimed, would serve to increase predictability, transparency, and certainty when it comes to the protection of innovative medicines, and ensure coherence between the SPC protection and unitary patent system (costs of the fragmentation of the current system and limitations it imposes on the access to generics are duly acknowledged). Another possible option worth exploring could be the unification of national procedures for granting SPCs. In November 2020, the EC announced that it expects one of these solutions to be implemented in the first quarter of 2022.

The summary of public consultations published in 2018 reveals a significant degree of consensus between originators, manufacturers of generics, SMEs, and national patent offices with regard to the necessity of establishing the unitary SPC, however certain specific issues remain contentious.

In particular, there is no agreement on which body should grant certificates: potential candidates include EPO, EUIPO, EMA, and Virtual Office with examiners from national patent offices. The last proposition has actually been favored by most stakeholders: examiners in such a Virtual Office would possess the necessary expertise, whereas its lack of establishment in a “physical form” would lead to reductions in costs and solve immediately the problem of the selection of a location for the new agency.  At the same time, it will be necessary to make judicial review of decisions rendered by such a body available: the UPC is recommended by the majority as an appeal instance (the idea of assigning this role to the CJEU did not gain much popularity).

The territorial scope of SPCs also raises some grave doubts: according to the predominant view, unitary SPC would be limited in scope by national market authorisations, but two options within this model remain possible, i.e., the territorial scope could be static (corresponding to MAs indicated in the application) or dynamic (extending to any other Member State where an MA is granted before the patent expires). It is not yet resolved what kind of MA such a unitary SPC should refer to: either centralised MA (thus ensuring the same scope as an MA) or national or decentralised MA (in which case unitary SPC would not apply in countries without an MA).

Another problem that would have to be resolved before a unitary SPC is introduced concerns language regime. During the consultations carried out by the EC, the majority favored the EPO language regime (English, French, German), however SMEs manufacturing generics and biosimilars expressed their clear preference towards the EUIPO language regime (English, French, German, Italian, Spanish). Moreover, the study by the Max Planck Institute for Innovation and Competition for the European Commission, suggests that the unanimity requirement with regard to languages that is provided in the Treaty on the Functioning of the European Union may signify “that the prerequisites of enhanced cooperation have to be observed anew”.

Find out more about the work of FICPI's CET 5 Study & Work Committee, focusing on biotechnology and pharmaceuticals and dedicated to following, reporting and providing substantive comments and opinions on emerging issues relating to the patenting and regulatory affairs in these fields.

As the only organisation exclusively for independent IP attorneys, the FICPI community is driven by a strong shared interest among like-minded people to promote common solutions and advocacy for private practice.

FICPI forums, committees and meetings are opportunities to gain insights from the international IP attorney community on practice-related issues as well as patent and trade mark law. 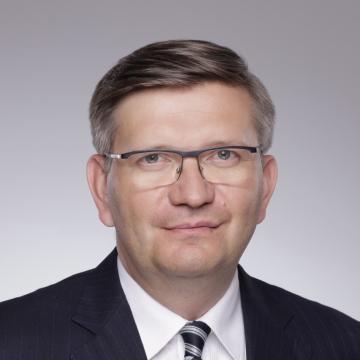 Rafał is a partner and co-founder of WTS Patent Attorneys, with a MSc in biotechnology, as well as a Polish and European patent attorney specialising in the protection and commercialisation of inventions in the fields of biotechnology and pharmacy.