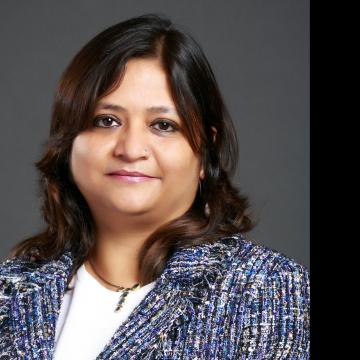 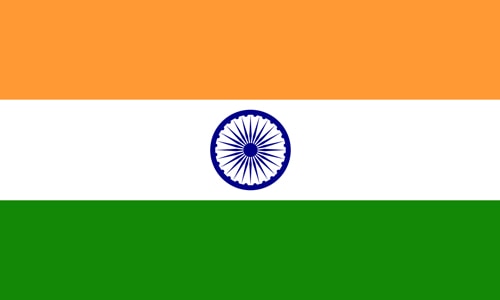 Vidisha Garg is a partner at Anand and Anand and has been actively involved in the field of Patents for over seventeen years now. She joined Anand and Anand in 2004 and became a patent agent the same year.  She has contributed immensely to the growth of firm’s patent prosecution and contentious practice since.

Vidisha represents clients in several pre-grant and post-grant patent opposition matters. Vidisha also handles patent revocation matters before IPAB. She was involved in the Tykerb revocation matter, India’s first NCE revocation case. She was also involved in Tygacil patent opposition, where critical issue of section 3(d) was involved and patent was granted to a reformulated drug. She has been an active member on the team handling the landmark Eisai matter which was one of the few landmarks which answered complicated questions on species and genus patents - a phenomena enabling innovator companies to get a first patent for a break-through technology and thereafter species patents within the coverage of the first patent. She regularly represents her clients before the Intellectual Property Appellate Board. Her practice areas also see her engagement in providing opinions and strategies on patent laws in India, drafting of patent specifications, patent searches, validity, patentability, and infringement opinions. Clients rely on her advice on issues relating to protection of national biodiversity. She also gives advices to her clients in respect of IP asset management and IP licensing.

Vidisha is also involved with national and international bodies such as Standing Advisory Committee before European Patent Office (SACEPO), National Council on IPR of ASSOCHAM, Standing Committees on Patents – AIPPI, and is also executive member of AIPPI-India.

Her previous experience is of an academician and active researcher in the field of Synthetic Organic Chemistry. She has worked in prestigious institutes like Central Drug Research Institute (CRDI) and University of Lucknow.

Vidisha is regular speaker in the national and international conferences and seminars such as AIPPI, etc.

Vidisha pens articles for various prestigious publications such as Managing Intellectual Property, WIPR, and LSIPR etc. She has authored research papers in the field of Chemistry in journals of international repute.

Vidisha is involved in spreading IPR awareness and regularly participates in workshops and programs aimed to sensitize the stat-ups, SMEs, judiciary members, researcher/scientists, academician, and students about issues relating to IPR particularly patents. She is closely involves with TIFAC (body under DST, Government of India) and Indian Council of Agricultural Research (ICAR) in training programs of scientists, local communities and young patent agents.

Vidisha is a gold medallist form University of Lucknow in Organic Chemistry. She has also qualified CSIR-UGC NET junior research fellowship. She was also a recipient of the TIFAC (DST, Government of India) Scholarship for training in IPR.

Vidisha has been nominated as ASIAIP Expert’ in ‘Patent Prosecution’ and ‘Pharma & Biotech’ from 2013 to 2021. Also, included in WIPR’s list India’s Most Powerful Women in IP 2021.

She is the executive member of Indian group of international association for protection of intellectual property, AIPPI.

Vidisha holds dual post graduate degree in Organic Chemistry and Law from University of Lucknow. She is a registered patent agent. She was admitted to the bar in 2010.

Others: 1. Qualified CSIR-UGC Net Examination for Lectureship in Chemical Sciences

Having trouble finding a FICPI member?

In case you’re having any trouble finding the right result, please contact our team by using the contact form linked below.
FILL IN OUR CONTACT FORM