Posted by Manisha Singh
22 September 2021
0
IP laws and practice (includes legislation, practice changes, case-law from around the world)
The filing of an annual working statement by patentee and licensees in respect of each granted patent in India is a unique circumstance in patents worldwide, and one of the most debated legal requirements under Indian Patent laws.

The debate is not only because this requirement substantially increases the workload and costs for the patentees but, also due to the impracticalities of collecting necessary information on working of patents, required to be submitted in the statement.

The impracticality or rather impossibility of collecting relevant and correct information to be furnished in the working statements becomes more prominent for patents granted in hi-tech areas, which form part of portfolios and fall under global licensing arrangements.

The legal basis for this requirement emanates from the general principles enshrined in Section 83 of the Indian Patents Act, 1970 (the “Act”) which states that “patents are granted to encourage inventions and to secure that the inventions are worked in India on a commercial scale and to the fullest extent that is reasonably practicable without undue delay”. The general principles in Section 83 of the Act also provides that the patents “are not granted merely to enable patentees to enjoy a monopoly for the importation of the patented article.”

Surrounded by debates, the requirement of filing of working statement underwent judicial scrutiny by the Delhi High Court in 2015 in a public interest litigation which highlighted how lightly the patentees have taken this legal requirement despite penal consequences and how the Patent Office, which is mandated to initiate such penal consequences, has overlooked its duty so far.

The Court hearing this writ petition observed that the major difficulties in ensuring compliance with the requirement of filing of working statement are surrounding the manner in which Form 27 has been worded and formatted. The counsel representing the Government agreed to this position and the Government was directed by the Court to submit a timeline on the  steps it would be taking for effecting the necessary modification to the prescribed form (Form 27).

Following the directions of the Court, the Government of India through the Ministry of Commerce and Industry (Department for Promotion of Industry and Internal Trade (DPIIT) - the ministry responsible for administration of intellectual property laws in India), held several rounds of discussions with the stakeholders including industry associations and its representatives. Despite a consensus appearing amongst industry to do away with this requirement, which not only adds cost, but also causes practical difficulties in collecting necessary information, the Government has limited the discussions to revise the format of the working statement.

After several rounds and over 3 years of discussions, the Government/DPIIT finally notified amendments in the Patents Rules, 2003 to prescribe a new format (revised Form 27) and changes in the procedure for filing working statement that came into effect on October 19, 2020.

The changes made by the amended Rules are:

i. The period of working to be covered under working statement has been replaced from “Calendar Year” to “Financial Year (April- March)”.

ii. The date for filing of annual working statement has been changed from “March 31” to “September 30” each year.

iii. Exemption was given for filing working statement for the Financial Year in which the patent was granted.

iv. Provisions were made for filing one working statement in respect of multiple related patents, wherein the approximate revenue/value accrued from a particular patented invention could not be derived separately from the approximate revenue/value accrued from related patents, and all such patents were granted to the same patentee(s).

v. Co-owners of a patent were allowed to jointly file one working statement for one or related patents, however, each licensee is still required to file the statements separately.

vi. The requirement for providing the “quantum” of patented product manufactured and/or imported into India, the details of licenses, and whether the “reasonable requirement of the public” in India has been met by the patented product, were deleted in the revised Form 27.

As of today’s date (16 September 2021), under the revised Form 27 the patentee and licensees are required to state whether the patent for which the statement is filed has been worked in India or not. If “not worked”, then no other information needs to be given except a brief reason for not working, which could include “that the patented invention is not fully developed into a marketable product”, or “invention is under regulatory approval”, “the market is not mature for the patented invention”, “the patentee is on a lookout for right partner/licensee”, etc.

The objective of seeking and making this information available to the public is to inform the public at large and, particularly, the persons interested in the patent, to check if the patent was worked or not to meet the reasonable requirement of the public in India. If not, then the person interested in working the patent can approach the authorities to seek compulsory licensing as per procedures prescribed in law including attempts made by the said person to obtain voluntary licensing from the patentee.

How FICPI makes IP attorneys more effective
Independent IP attorneys bring insights and counsel from a wider external perspective and a commitment to high quality work, complying with all relevant regulations. As the only organisation exclusively for independent IP attorneys, FICPI is driven by a strong shared interest among like-minded people to promote common solutions and advocacy for private practice, and to share expertise and insights from the international IP attorney community on issues whether practice-related or topics of patent and trade mark law.

Previous Post
Inventive AI in South Africa and Australia: Can such applications be validly filed and granted in these two Commonwealth states?
Next Post
Unintended consequences of the America Invents Act - when it might have paid to publish! 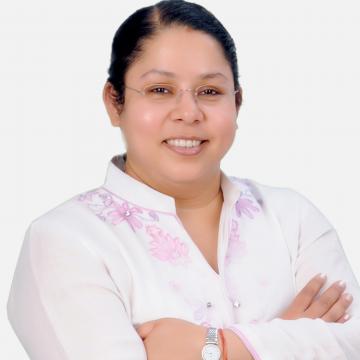 Manisha Singh is founder and managing partner of LexOrbis in Delhi, India.