Inventive AI in South Africa and Australia: Can such applications be validly filed and granted in these two Commonwealth states?

Posted by Érik Van Der Vyver
16 September 2021
0
IP laws and practice (includes legislation, practice changes, case-law from around the world)
The last week of July 2021 was a notable one for the Artificial Inventor Project.

The breaking news of South Africa being the first country in the world to grant a patent listing an AI as the inventor was followed the next day by the announcement that a Federal Court in Australia had ordered reinstatement of the counterpart Australian application.

The honourable judge of the Federal Court decided that an inventor as recognised under the Australian Act can be an artificial intelligence system or device.

The patent family in question needs little introduction. The applications in South Africa and Australia were national phase entries of international patent application no. PCT/IB2019/057809. The international application listed “DABUS, The invention was autonomously generated by an artificial intelligence” as the inventor and Stephen L Thaler as the applicant. Related applications in the United States and United Kingdom have been refused, but those decisions are being appealed.

Some commentators have cautioned not to infer too much from South Africa’s decision to grant the patent because the South African patent office does not carry out substantive examination of a patent application before grant. Others have said that South Africa does not offer formal examination and instead requires applicants merely to complete a filing for their invention.

But these comments miss the point. While the South African patent office does not currently conduct substantive search and examination (SSE) as to the patentability of an invention, the office does conduct formalities examinations and does issue objections if these requirements are not met.

For non-PCT applications, the provisions of the South African Patents Act and Patents Regulations require any person other than the inventor making an application for a patent to furnish proof in the prescribed manner of his title or authority to apply for the patent (Section 30(4)). The prescribed manner includes an assignment or other proof, to the satisfaction of the registrar, of the right of the applicant to apply (Regulation 22(1)(d)).

Now, in South Africa, an application for a patent in respect of an invention may be made by the inventor or by any other person acquiring from him the right to apply (Section 27(1)). While phrases such as “any other person” or “him” might support an interpretation that the inventor must be a natural person or a human, there is nothing in the Act or in case law that says this must be so.

So had Dr Thaler’s South African application been non-PCT, the office might have required proof of Dr Thaler’s right to apply and might have been satisfied by an affidavit from him stating that he owns and controls DABUS and thus acquired from it the right to apply for the patent. (Naidoo suggests that the granting of the patent is in line with South Africa’s national industrial policy.) Alternatively, the office might not have been satisfied by the affidavit and might have refused the application, which the applicant could have appealed.

However, being PCT-based, the office was bound by a directive that it issued in April 2009, and published on page 398 of that month’s patent journal, in terms of which proof of entitlement for PCT applications is not required where the applicant recorded on the PCT Pamphlet is the same as the applicant recorded on the priority application thereof. This was true in the case of Dr Thaler’s application. So, provisions of the Act and Regulations discussed above did not need to be complied with and the office could accept the application without further interrogation.

The point here is not that the patent was granted because South Africa does not conduct formalities examination (it does) or that South Africa does not conduct substantive examination (SSE is to a large extent irrelevant to this aspect of the debate), but rather that the patent was granted because the legal framework and provisions currently in place in South Africa permit the valid filing for and, ostensibly, unless a court directs otherwise, granting of PCT-based applications listing an AI as an inventor.

The honourable judge Beach reasons that the same is true for Australia.

Whether or not this is ethically and legally appropriate and in line with the object of the patent system is another question entirely. Either way, national laws will need to be reassessed and aligned so that there is clarity and harmony in the treatment of inventions made by AI. 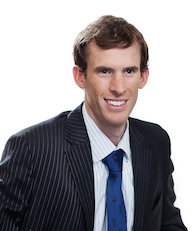 Stephen Middleton is a patent attorney at Von Seidels and focuses on protecting computer-implemented inventions.

Before joining Von Seidels, Stephen completed a master’s degree in engineering at the University of Cape Town, which included spending time in Antarctica as a technical assistant to South Africa’s national space agency.

Stephen started out drafting patent specifications for an international payment organisation which focused on mobile banking and payment technologies. He now practices more broadly in the field of computer implemented inventions.

Stephen also assists clients with IP due diligences and the formulation of IP strategies. He also has experience in data privacy and copyright matters.

To discuss topics of interest with independent IP attorneys around the world, register for FICPI's 20th Open Forum, being held online from 3-5 November 2021. More information is available at: https://ficpi.org/20th-open-forum

How FICPI makes IP attorneys more effective
Independent IP attorneys bring insights and counsel from a wider external perspective and a commitment to high quality work, complying with all relevant regulations. As the only organisation exclusively for independent IP attorneys, FICPI is driven by a strong shared interest among like-minded people to promote common solutions and advocacy for private practice, and shares its views and furthers them through regular conferences, webinars, committees and its blog and newsletter programme. 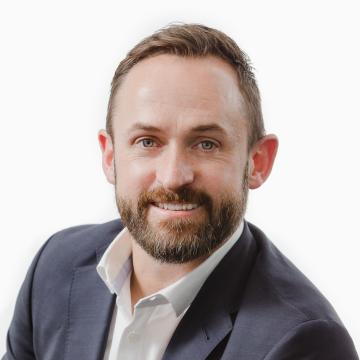 Érik van der Vyver is a patent attorney and partner at Von Seidels. He specialises in local and foreign patents, inventions in the electrical and IT fields and is also involved in generic pharmaceutical patent litigation. He is the head of the patent department at Von Seidels.