IP protection in Ukraine during the ongoing war

Posted by Yuriy Karlash
12 May 2022
0
Martial law was first introduced in Ukraine on February 24, 2022 and currently remains effective until May 25, 2022. During the first days and weeks of the war, many civilians, IP practitioners included, spent time evacuating from war zones to safer areas in Ukraine and abroad. Some IP practitioners were drafted and therefore could not continue their practice. It was expected that the Ukrainian IPO would quickly issue explanations on how it would operate under the martial law and that it would confirm the status of IP deadlines, but this happened only much later.

On March 1, 2022, the Ukrainian IPO published a notice informing the IP community that the IPO continues to operate on a full-time basis to ensure uninterrupted functioning of the intellectual property system. Shortly thereafter, on March 4, 2022, the IPO published a notice stating that its Board of Appeals suspended consideration of all cases and suggested that the parties file documents by email using qualified electronic signatures. Courts in Kyiv, the main venue for IP disputes, also suspended consideration of many cases, including IP disputes. As regards courts in other regions, the Supreme Court occasionally changed the territorial jurisdiction of courts located in war zones and Russian-occupied territories and transferred the proceedings to courts in areas controlled by Ukraine.

On March 7, 2022, the Antimonopoly Committee of Ukraine also announced that it had suspended the consideration of unfair competition cases, and on March 17, 2022, the Ukrainian IPO published an update on copyright registration procedures recommending to file documents by email using qualified electronic signatures. By that time, due to safety reasons, Ukraine's national post offices had suspended their operations in Kyiv and therefore the IPO, also located in Kyiv, stopped receiving documents through its front office.

On March 21, 2022, the IPO published another update that concerned peculiarities of IP prosecution under the martial law. The IPO stated that, as far as missed deadlines are concerned, under the martial law introduced in Ukraine, the provisions of the Ukrainian Law “On Chambers of Commerce and Industry of Ukraine” (force majeure circumstances) may apply to applicants and holders residing or domiciled in Ukraine. This update did not clarify the issue of the already expired terms, and also did not take into account the fact that foreign IP owners (NOT residing or domiciled in Ukraine) in most cases must be represented before the IPO by IP attorneys who may be affected by the war and might not be able to carry out their duties. Even if foreign IP owners were able to directly communicate with the IPO, they still did not have Ukrainian qualified electronic signatures – Ukraine does not have agreements with other states on mutual recognition of electronic identification means. It also became obvious that the IP legislation did not properly address the issue of suspension and reinstatement of terms during war time. That said, even during the early Covid-19 times, the Ukrainian IPO did not introduce any specific rules regarding time limits – it only enhanced its electronic services and online means of communication.

On March 24, 2022, the Ukrainian Parliament passed a law that allowed the Cabinet of Ministers to decide which categories of goods may be exempt from the customs measures related to the enforcement of intellectual property rights. The Parliament also adopted a law that introduced provisions on the compulsory seizure of property in Ukraine belonging to the Russian Federation and its residents. While IP rights are not clearly mentioned in the law, they fall under the category of property, and are therefore covered by the law.

Finally, on April 1, 2022, the Ukrainian Parliament adopted the Law “On the Protection of Rights of Intellectual Property Subjects during Martial Law in Connection with Military Aggression of the Russian Federation Against Ukraine”, which entered into force on April 13, 2022 and clarified how IP deadlines are affected by the martial law.

The law provides for the “suspension” of deadlines and extensions of terms for the duration of the martial law period, but still does not clearly address all situations and issues. For instance, the Ukrainian IPO still needs to meet all deadlines related to its own work because these deadlines have not been suspended. To illustrate this, if the Ukrainian IPO has to notify of a final refusal of protection under the Madrid Protocol within 18 months, it may have to do so regardless of the suspension of deadlines for providing a response to a provisional refusal. Hopefully, the Ukrainian IPO will publish further clarifications related to the application of the law. Until then, it is advisable to calculate relevant IP deadlines on a case-by-case basis.

It also has to be made clear that the primary purpose of this law was to establish additional protective mechanisms that can be used as a “safety blanket” by IPR holders and applicants in case they cannot comply with respective deadlines due to unforeseen circumstances caused by the war, or when performing certain actions becomes impossible or complicated. Given that the Ukrainian IPO operates on a full-time basis, and that the e-filing system is fully functional, IPR holders and applicants, particularly non-residents, are advised to follow the “normal” course of action in Ukraine, relying on the law only in exceptional cases, where they may be objectively prevented from meeting a deadline.

Another important thing to note is that on April 14, 2022, the Ukrainian Parliament adopted a law which prohibits the use of Russian military symbols resembling Latin letters Z and V without a legal context or in the context of justifying the armed aggression against Ukraine and other military actions. The law also prohibits the use of letters replacing Z and V, such as Cyrillic letters "З", "С", "В", "Ф" in any words where these letters are visually emphasized. This ban might serve as an absolute ground for refusal of protection for trademarks featuring the letters in question.

On April 25, 2022, the WIPO Arbitration and Mediation Center announced that it had temporarily suspended its domain name dispute resolution services under the .UA Domain-Name Dispute-Resolution Policy (UA-DRP) and that it will not accept any new .UA domain name registration requests until further notice. This decision was taken following WIPO’s consultations with the Ukrainian .UA domain operator Hostmaster and based on the fact that Ukrainian registrars and parties to a dispute may have difficulties participating in arbitration proceedings during the ongoing military actions.

In contrast, in early April many Ukrainian courts, including those in Kyiv, resumed their activities and began to schedule hearings for April and May. The Ukrainian IPO has also recently published various updates on its own activities, online seminars and its cooperation with other countries’ IPOs.

Good planning and portfolio management under these difficult circumstances is key to avoiding possible future complications and delays with resumption of IPR prosecution and maintenance files and founding a solid base for the protection and enforcement of intellectual property rights in the post-war economy that will strive for innovation and growth.

IP attorneys bring insights and counsel from a wider external perspective and a commitment to high quality work, complying with all relevant regulations. As a worldwide organisation exclusively for independent IP attorneys and with regular meetings with colleagues at events such as the FICPI World Congress, plus with IP Offices around the world, FICPI brings special insights. 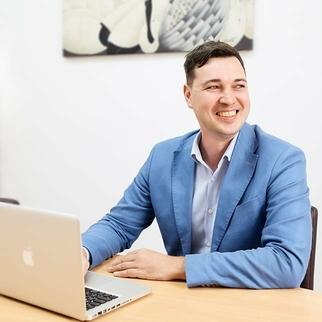