In China, since 1993 the term of a patent for invention (equivalent to utility patent) has been 20 years.

According to the Amended Patent Law, PTE allows extension of the 20-year term of a patent related to a new pharmaceutical product approved for marketing in China to compensate for unreasonable curtailment of the effective patent term as a result of the marketing approval process.

In particular, Paragraph 3 of Article 42 of the Amended Patent Law stipulates that:

The new PTE will come into effect on June 1, 2021 according to the Fourth Amendment.

Specific rules for implementing PTE were proposed in the Draft Amendments to the Implementing Regulations of the China Patent Law released by CNIPA on November 27, 2020. Below is a summary of the draft PTE rules.

Accordingly, it can be understood that patents eligible for PTE are those covering an active pharmaceutical ingredient that are approved for marketing for the first time in China (“new API”), pharmaceutical composition or formulation comprising the new API, method for preparing the new API or medical use of the new API. The new API can be a chemical compound, a biological product or a Chinese traditional medicine. The medical use of the new API shall be in the form of Swiss type claims, as treatment and diagnosis methods are not patent eligible in China.

From these draft rules, it is not clear how the new API is to be interpreted and how the claims of the patent shall be drafted in order for the patent to be eligible for PTE. For instance, it is unclear whether a new ester or salt of previously approved acid is eligible for PTE, and whether the API must be specifically recited in the claim.

According to the draft rules, PTE will equal the period which elapsed between the application date of the underlying patent and the date of the first marketing authorisation of the drug in China, reduced by a period of five years. But PTE shall not exceed 5 years, and the resulting total effective patent term shall not exceed 14 years from the approval for marketing of the new drug. We understand that the calculation of PTE is relatively easy and simple, similar to that of supplementary protection certificate (SPC) in the European Union.

As many drugs are not launched in China as quickly as in other countries such as the USA, an interesting question is how the PTE will be calculated if the drug has been approved in a foreign country like in the USA long before its approval in China. According to the draft method of calculating PTE, which depends heavily on the marketing approval date in China, a later approval of the drug in China may get the patent a longer PTE, which may seem unreasonable to some. More specific rules are needed for clarification of the PTE calculation.

The scope of PTE is much narrower than the underlying patent and is limited to the approved drug and the approved indication according to the draft rules. It is not clear whether there is a certain expansion of the scope, for example under a doctrine of equivalents.

Basically, according to the draft rules, only one PTE is permissible per pharmaceutical product per patent, which is similar to the USA PTE.

Regarding the time limit, we feel the remaining 6-month protection period of the patent when filing PTE is too strict. For the patent that will expire soon after the drug is approved, the patentee should be allowed to file PTE application before patent expiration.

We expect that the draft PTE rules will be approved soon along with the draft amendment to the Implementing Regulations of the Patent Law, and that CNIPA will probably release more rules on PTE in the Patent Examination Guidelines.

FICPI is the only organisation exclusively for independent IP attorneys and is driven by a strong shared interest among like-minded people from around the world to promote common solutions and advocacy for private practice. The dual focus on legal and professional excellence means that FICPI uniquely combines education and advocacy on topics around patents and trade marks with a focus on developing the professional excellence of its individual members.

This article was co-authored with Mr. Juhua Luo 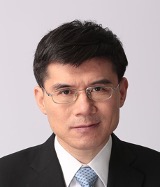 Mr. Juhua Luo is an experienced patent attorney in China. He joined CCPIT Patent and Trademark Law Office in 2001 and is a deputy director of chemical department of this firm. His practice focuses on patent drafting, prosecution, invalidation and related matters in the fields of biotechnology and pharmaceuticals. He has handled over one thousand patent filing and prosecuting cases and has successfully represented clients from multinational companies to leading universities worldwide in many cases of patent reexamination, patent invalidation and patent-related administrative litigation. Mr. Luo also provides legal opinions on patent infringement, validity of patents and freedom to operate. 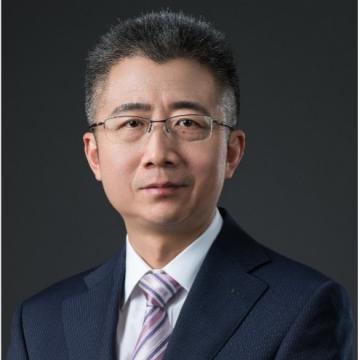