The action was filed by the Attorney General’s Office (PGR), requesting a declaration of unconstitutionality over the sole paragraph of Section 40 of the Industrial Property Law – LPI (Law nº 9.279/79). In short, this establishes that the term of a patent will not be less than 10 years for invention patents and seven years for a utility model, counting from the date of grant.

The core of this matter is the argument brought by PGR, that the sole paragraph runs counter to several constitutional articles, mainly regarding temporary protection of patent protection and which goes against the principles of isonomy and legal security.

On the other hand, the arguments in favour of the constitutionality of the sole paragraph of Section 40 are strong. Despite the mandatory temporary protection of patents raised by PGR, they have never had their term extended ad infinitum. What happened was a legislator’s wish for a balance, to compensate for the inefficiency generated by the lack of structural investment over the years at the Brazilian Patent and Trademark Office (INPI), which generated a huge backlog.

Also, to get a better understanding of the autarchy, Justice Dias Toffoli recently officiated the INPI, requesting more details, such as the number of examiners and the average time taken to analyse a patent application.

Notwithstanding the various possibilities, it is clear that there is no unconstitutionality in the LPI provision.

FICPI members are qualified independent IP attorneys around the world who bring insights and counsel from their wider external perspective and share those insights with their FICPI colleagues via the FICPI website, newsletter, webinars and committees.

The judgement will be made on 7th April 2021 – keep an eye on FICPI news and FICPI’s ‘CET 3’ Study & Work Committee on international patents for more information. 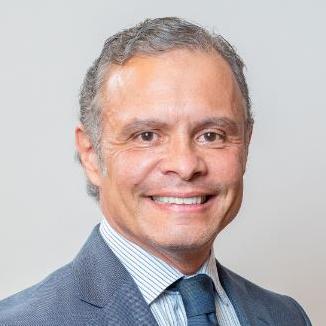 Gabriel Di Blasi is an Industrial Engineer, attorney at law, IP agent and is also a managing partner of Di Blasi, Parente & Associados, who oversees both the patent and legal departments of the firm.