The end of the Brazilian patent term judicial action: the outcomes

Posted by Ana Celidônio
17 May 2021
0
IP laws and practice (includes legislation, practice changes, case-law from around the world)
We previously wrote an article about the judgment of ADI 5529 for FICPI’s blog, published on May 4th, 2021, directed to facilitate better understanding of the judicial action involving the discussion over the unconstitutionality of the sole paragraph of Article 40 by the Brazilian Supreme Court, related to the term of protection by patents.

Briefly, the normal term of protection provided for in Article 40 of the Brazilian IP Law is of 20 years from the filing date of the application for patent of invention, whereas the patent granted under the terms of the sole paragraph of said article had a validity term of 10 years from grant, resulting in more than 20 years of protection.

At that time, the discussion was still ongoing, but the effects of the sole paragraph of Article 40 of the Brazilian IP Law had been suspended by a preliminary injunction from the Supreme Court’s reporting justice as of April 7th 2021 for patents relating to pharmaceutical products and processes and equipment and/or materials for use in health. Since that date, several patents within this field were granted with the regular term of protection and it was still unknown which would be the actual decision from Court’s justices.

In continuation to the judgment, on May 6th, 2021, the Supreme Court decided, by 9 votes to 2, that the sole paragraph of Article 40 of the Brazilian IP Law was unconstitutional, changing the Brazilian IP Law current patent term understanding. However, the effects of the decision in practice were left to be discussed further on.

However, the following situations are exempt from modulation (ex tunc - retroactive - effect):

The same reasoning and the modulation effects apply to utility model patents, considering the respective term of protection, which is of 15 years as established by Article 40 of the Brazilian IP Law (but could not be less than 7 years from grant, as established by the now unconstitutional sole paragraph of this article).

It is worth pointing out that any concrete effects already produced as a result of the extended term of protection of these patents are maintained - for instance, the agreements firmed before the decision (considering given price of medicaments) and the royalties already paid.

Therefore, the patents of invention of the other technological areas in force for more than 20 years from the filing date will not be affected by this decision. On the other hand, it is estimated that around 11.2% of the patents in force under the sole paragraph of Article 40 will have their terms reduced.

"Considering the recent decision by the Brazilian Supreme Court, the Brazilian PTO has not officially communicated on the matter, nor indicated whether an official list of patents which underwent term of protection revision will be published. Thus, for specifically assessing the impacts of the decision on a particular portfolio, it is suggested that a Brazilian patent specialist is consulted."

It is also important to note that the Brazilian PTO is currently implementing measures to fight patent examination backlog (and is succeeding), in the context of a project that started before the pandemic. Thus, at least for the cases to be granted, the recent decision will mostly not have a negative impact on applicants regardless of the field of technology of the applications. In the very near future, applications are expected to be decided more quickly after the examination request.

Next steps
How FICPI makes IP attorneys more effective
As a worldwide community, FICPI brings insights from its independent IP attorney members around the globe, enabling members to gain a wider perspective on developments outside their usual remit. A smoother process for patent grants will help businesses in the region and with economic interests in the region to further develop business opportunities and links.

Isabella Katz Migliori: Isabella is a Senior Patent Specialist in the full service law firm Lobo de Rizzo, which has offices in Sao Paulo and Rio de Janeiro. She has wide experience in consulting services, and in the drafting, filing and processing of patent applications, with a focus on chemistry and life sciences. She holds a degree in Biological Sciences from Universidade Estadual Paulista (UNESP), 2007; Master’s and PhD degree in Science, with emphasis in Immunology, from Universidade de São Paulo (USP), obtained in 2010 and 2016, respectively; and specialised in Administration from Fundação Getulio Vargas (FGV-SP), 2013. 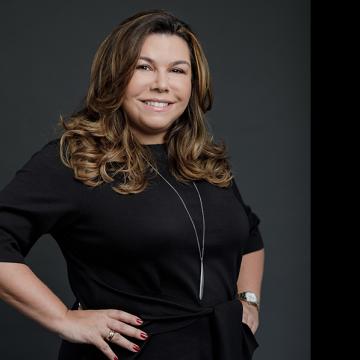