How will Brexit affect your clients’ IP rights?

CET Vice President, Robert Watson, gives a personal view on the current legal position and some thoughts about what might happen next, along with some surprising effects

Much has been written about Brexit since the United Kingdom voted on 23 June 2016 to leave the European Union, and many of the deadlines in the process have come and gone. However, with the necessary legislation having finally been passed by the UK Parliament on 22 January 2020, it now seems safe to say that we are at the beginning of the end of the Brexit process, and the next few months will shape the United Kingdom’s relationship with the European Union for many years to come.

It is now certain that the UK will leave the European Union at 11 pm on 31 January 2020, although with the ‘Implementation Period’ lasting at least until the end of 2020, little will change on a practical level until then. In the world of IP, EU trade mark and design rights will continue to cover the UK until the end of the implementation period, and UK based representatives may continue to act at the EUIPO over the same period.

European patents from the EPO

It should be emphasised that the UK’s withdrawal from the EU will not have any effect on European patents granted by the EPO or the right of UK-based European patent attorneys to continue to represent their clients before the EPO, because the EPO is not an EU institution.

At the end of the implementation period (scheduled to be 31 December 2020), existing registered EU trade mark and design rights will automatically give rise to corresponding re-registered UK rights. Pending rights will need to be refiled in the UK, however, within a period of 9 months.

EU trade mark and design rights within an International Registration

Attorney organisations in the UK, including FICPI-UK, have worked in collaboration with the UK IPO to ensure all users with EU rights will be protected, but there is one area where we hope the position will be improved in the coming months. That relates to EU trade mark and design rights within an International (Madrid/Hague) Registration.

The current plan is that an International Trade Mark and Design which has been obtained via the Madrid or Hague system will give rise to a corresponding re-registered right in the UK that sits outside the International Registration.

The UK profession intends to push for the UK government and WIPO to agree a process whereby such a re-registered right will be retained within the International Registration as a national designation alongside the original designation of the EU.

Single IP rights for the entire EU and UK

In time, a strong future relationship between the UK and EU may affect the IP landscape in more positive ways than are currently foreseen.

EU-based unitary IP rights arose from one of the European Union’s fundamental principles: freedom of movement of goods and services.

The existence of IP rights in only some, but not all, of the EU member states creates barriers to trade between EU members, so the ability to obtain a single IP right covering all of the EU in a cost-effective manner helps to remove the barriers.

If the UK and EU agree close alignment on trade, it might make sense to provide an option to have unitary rights extending across the territory of the EU plus the UK, even with the UK outside the EU. Such an idea poses many legal questions of course, but might well be beneficial to IP holders.

New markets for some

The UK’s imminent exit from the EU has spurred many UK IP firms to expand into continental Europe, with offices being opened in The Netherlands, Spain, Germany, Sweden and Belgium amongst others.

This ‘unintentional’ side effect of Brexit is likely to be beneficial to those firms who make the choice to expand, opening up new markets for their services in addition to ‘protecting’ the services they already offer to their clients.

Such a ‘silver lining’ may help to balance out at least some of the possible downsides of the UK leaving the EU.

Through the FICPI blog, newsletter, in-person meetings, and our Committees, FICPI members can gain insights from the IP attorney community on a wide variety of issues. The FICPI communications initiative helps to drive dissemination of insights and counsel from a wider external perspective, ensuring independent IP attorneys from around the world can network, share information, and do business together. 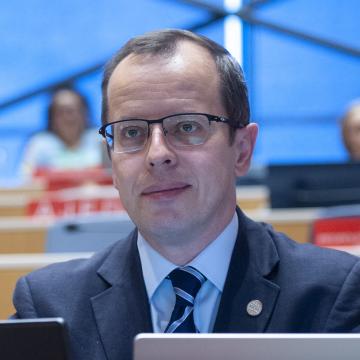 Robert Watson is a UK and European Patent Attorney. He is a partner of the UK firm, Mewburn Ellis LLP, where he has worked since 1995, having gained a 1st class degree in Chemistry from the University of Oxford.