Life in lockdown in France, blog 5 : We are at war!

The honourable Judge of the International Social Network Court of Justice (“The ISNCJ”) tapped his official hammer on his desk and solemnly stated:

“Mr Marc, you have been convicted of online murder while you were moderating a webinar, you are condemned to four custody stays in the Army Boot Camp (ABC).

“You have admitted your digital faults, my sentence is the following:

“The International Crime, Assassination No Network (the ICANN police) will take you to spend 1 week in each of the armed forces: Armée de Terre, Armée de l’Air, Marine Nationale, Gendarmerie.

Indeed, after the government spokesperson Mrs Ndiaye stated on March 5, 2020 “after all, in 80% of the cases, it’s a big cold or flu, we’ll not stop the country”, Mr Macron, solemnly declared on March 16 – eleven day later – “we are at war”.

It’s always surprising to hear these sudden swings from politicians, who can say white one day and black the next (or everything and it’s opposite every second day); if bad faith were as dangerous as the Covid-19 coronavirus, there would be no more bureaucrats.

I must admit that looking at most countries, it is also quite funny, if not desperate, when one listens to the statements of their president or chairperson: they almost ALL compete in the absurd and stupid category.

Since I have been condemned to several stays in the French army, I’ll explore what can be learned, and as promised in my previous blogs, I will generously share my teachings with you.

1. I was forcibly decamped to the Air Army, to participate in a commando boot camp. My kit consisted of a most flattering uniform which I hurried to put on, nicely hiding the extra 8 kilos of weight I had gained during confinement.

The four watchwords of the Air Army are "Operations, Teamwork, Innovation and Modernisation".

At the end of several days of intensive training on the ground, a first conclusion came to me: innovation is the key to success in the Air Army, and, if I’ve understood correctly, it is reorganising its manpower in a revolutionary manner.

The current crisis will develop beyond digital and online activities; the operations of the Army will henceforth proceed under the most stringent teamwork, employing innovation and by accelerating its modernisationprogramme.

For this to succeed it’s necessary to keep as many men as possible telecommuting (save for military operations on the ground).

I decided to apply these principles to all businesses and declared the following decree:

Order #1: From now on, and unless any instructions are received to the contrary, 50% of colleagues will be teleworking, for the rest of the year; any breach of this rule will be recorded on Facebook.

In addition, people telecommuting regain their travel time, there are savings on costs of transport, less burden on public transport, lower risks of contamination than having a mobile workforce, etc.

This could be put into practice in almost all settings, including non-military, although it would apply less to local shops.

I passed my Diploma for Soldier First Class with flying colours, to progress to the level of Sergeant First Class.

2. My second period of ‘rehabilitation in the public interest’ took place in the corps of the Land Army, which still honours the 11 commandments of the Code of the Soldier (1999) and has adapted them to the Covid-19 era.

One of the first principles is that a sub officer must conduct himself with reserve, neutrality and discretion.

This is what I tried to do during my period as a soldier, where it’s sensible to talk as little as possible, in order to concentrate on the end game: to get out alive.

Here I made a parallel with the current coronavirus crisis.

There was a time when the Army was synonymous with “la Grande Muette” - signifying “absolute and unquestioning obedience”.

With the lockdown, the current crisis, then the freedom from confinement and subsequently the ‘new normal’, we’ll remember this sage advice, which could be wisely applied.

Indeed, as we saw during my dramatic webinar, the speakers talked too long and didn’t stop babbling, and by the end of the webinar we hadn’t got much in exchange for the time dedicated to it.

Our president of the Republic himself, instead of giving succinct speeches, revels in interminable discussions.

So for the ‘New World’ I’m proposing an innovative new way of parlaying.

I’m going to publish the following decree in the Official Journal, for immediate implementation:

Order #2: the length of meetings face-to-face or via webinar is strictly limited to 60 minutes, with a maximum of 3 minutes per speech. All abuses will be noted in a Twitter post.

We’ll observe how effective that measure is; it will require a little upfront preparation, so that we no longer hear the familiar refrain of ‘I’m unprepared’…

People will have to get straight to the point, tough luck for the blabbermouths and other chatterboxes.

I’ve filed a decree to enrich millions of articles in French social law, creating so many that no one can fully comply:

Order #3: 12 minute breaks must be taken between two consecutive sessions. Enterpreneurs infringing this directive will be pilloried on LinkedIn.

This new method will limit the fatigue experienced around meetings and webinars, and as a bonus will allow you to win back some time for other tasks and to use the time to reflect deeply; it’s well known that meditation or resting leads to the greatest discoveries.

I did not utter a word during the week in the commando stage and I won promotion to Staff Sergeant, but my ambitions pushed me to go higher.

3. My ordeal as an exiled convict took me next to the ‘Gendarmes’ (police) where I spent a productive week, stationed in Saint Tropez.

The police have, you must appreciate, a reputation for seriousness and foresight.

Applied to the question of facilities management, these innate qualities led to some admirably rational decisions.

My conviction in the public interest involved cleaning offices, where the absence of all service personnel made me reflect on the organisation of the premises, which were as well equipped for tough interrogations as for writing activity reports.

So, how to reconcile social distancing and fairly close proximity in open plan offices, canteens and restaurants?

Its Chief, Brigadier de Funes, with his innate knowledge of the premises, guided me through the base, which suddenly led me to file the following Decree:

Order #4: the work stations are generally rectangular, where two sides don’t have the same measurements; seats should be positioned on the shortest side. Each table that doesn’t meet this order will be subjected to virtual deconstruction on Instagram.

For those who don’t understand – and that’s perfectly normal – a photo is provided alongside this directive.

But of course, this is the solution relevant to the list of charges, it is definitely a little more complex to put this into place in restaurants.

I gained my officer’s pips: Lieutenant Chauchard, at your service!

4. I was then escorted in a blacked out vehicle to the Marines, to take part in a secret mission in the nuclear submarine ‘Pride of FICPI’, stationed in Brest harbour.

The admiral himself granted me the honour of a complete visit of his vessel.

Life on board is a model of organisation and can only be marvelled at by all.

I carried out several different high level tasks, including (a) cleaning the “latrines” (ancient word for toilets), (b) refilling the ballast tanks with alcohol hand sanitiser gel, (c) emptying the nuclear reactors, calcified by the Coronavirus.

However, I also noticed that a submariner never sleeps, and during my turn to take watch (thank you Marc G., you’ll see I used your suggestion!), I realised how much this skill could be useful in civvy street.

So I proposed a new approach to work, which couldn’t fail to win plaudits from one and all (and after all, there are always more radical ways to win approval if needed...).

I published the FICPI-ish decree as follows:

Order #5: businesses, organisations and public services will function in 2 shifts (watches) of 8 hours, from 6am-2pm and 1pm-9pm, with a 60 minute overlap period. Deviation from this rule will result in being subjected to a public sanction on WhatsApp.

This method of organisation presents many advantages, some of which I’ve cited below:

The novel character of this approach afforded me an immediate promotion to the grade of Army Commander in Chief, hereby allowing me to share my official photo.

The orders listed in this blog will be applied with immediate effect from the date of withdrawal from lockdown, and will continue to apply until the end date of the FICPI mandate – April 2021.

No breach will be tolerated, no deviation will be permitted, our internet police will be watching!

Offenders will be convicted to assist at every FICPI webinar and every FICPI Forum until 2025, can you imagine a more terrible punishment?

Drawing by Philippe RAYNAL, with my great thanks – Philippe is available for commissions; if you would like a personal drawing, he can be contacted on: [email protected]

As part of FICPI’s coronavirus task force, we are sharing stories and tips from IP attorney members around the world who are dealing with the new ways of working and living necessary whilst the international efforts to combat coronavirus are in place. This is the fifth of Marc’s blogs from France.

Previous Post
LIFE IN LOCKDOWN IN BRAZIL: How a Brazilian IP firm reacted to the Covid-19 threat
Next Post
Life in lockdown in France: a woman’s experience of working at home 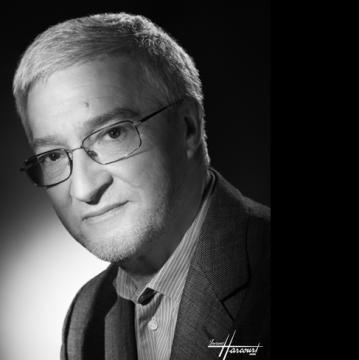