Changes to the patent system in Hong Kong from 19th December 2019 see the introduction of an original grant patent system for standard patents which will provide an alternative route for patent registration in Hong Kong, which is an important jurisdiction for innovative business seeking to control the export of potentially infringing goods from Mainland China. Refinements to the existing short-term patent system mean that two independent claims relating to one single inventive concept can now be filed, allowing applicants to seek protection of the product and the process of an invention in one short-term patent application.

The salient features of the new patent system are as follows: 1. Introduction of an original grant patent (OGP) system The introduction of an original grant patent system for standard patents will be effective from  19th December 2019, while the existing “re-registration” patent system will co-exist. Present system: under the present re-registration system for securing grant of standard patents in Hong Kong, a patent application has to be filed first in any one of the three designated patent offices: China National Intellectual Property Administration (CNIPA), United Kingdom Patent Office (UKPO), or the European Patent Office (EPO). Pursuant to the filing, the patent would be registered in Hong Kong by way of a two-step registration procedure. New system: applications for standard patents filed under the new route can be filed in Hong Kong with the Patents Registry of the Hong Kong Intellectual Property Department  either with a priority claim or as a first filing. The specification of standard patent applications may be filed either in English or Chinese. The new patent system is a “two-tier system” where the Registry conducts substantive examination in addition to “formal examination”. Substantive examination will ascertain the novelty, inventiveness and industrial applicability of the invention. The substantive examination procedures are in conformity with current patent examination procedures in China. Interim arrangement: as an interim arrangement, substantive examination for patent applications made under the new system will be outsourced to CNIPA - the China National Intellectual Property Administration. In view of a technical opinion provided by CNIPA, the Hong Kong authorities will issue an examination notice to applicants. 2. Refining the existing short-term patent (STP) system Previously, in a short-term patent application, only one independent claim was allowed. The new patent system extends this limitation to two independent claims in a short-term patent application, on condition that the two independent claims relate to a single inventive concept. This change allows applicants to seek protection of a product and process of an invention in one short-term patent application. Further, post-grant substantive examination may be conducted on short-term patents by the Hong Kong Registry, provided a request by the proprietor or a third party having reasonable grounds/legitimate business interests for determining the validity of the patent is filed. The refined short-term patent system is largely based on the Australian innovation patent system in which an innovation patent is legally enforceable only if it has been examined by the Australian Patent Office, and examination of an innovation patent only occurs if requested by a patent proprietor or a third-party. 3. Benefits of the new patent system The independent system is beneficial to the patent applicants as it offers an alternative route to seek original standard patents in Hong Kong. For instance, applicants seeking protection only in Hong Kong can now directly file in Hong Kong, thereby saving on time and the cost of first filing in any of three designated countries. This new system provides greater flexibility for Applicants, and positions Hong Kong as a bona fide destination for filing patent applications, as opposed to an add-on jurisdiction, in line with its status as an important transit jurisdiction for goods made in Mainland China and exported to the rest of the world. Further, many products include component parts manufactured in China, which are assembled in Hong Kong.  Detecting infringements at Chinese customs can therefore be problematic, making protection in the Special Administrative Region all the more important. The introduction of post-grant substantive examination will act as a deterrent to potential abuse of the system, resulting in enhanced integrity while maintaining the overall cost-effectiveness of seeking short-term patent protection in Hong Kong. FICPI’s view and involvement  The changes to the Hong Kong patents arena will be beneficial to patent attorneys and their clients, offering the potential to reduce the cost of filing and reduce the time taken to obtain patent protection in Hong Kong, allowing FICPI members to help organisations better protect and build value in their IP assets. Many years in the planning, the changes could herald a sea change for the region where Hong Kong becomes a preferred destination for direct filing of patents rather than filing first through China, the UK or European Patent Office, as is currently required. FICPI members in the region can help their clients drive economic growth through working with more Hong Kong-based companies and smaller clients who will now find the filing fees within their financial reach. Next steps  Additional reading The new patent system is based on the Patents (Amendment) Ordinance 2016 passed on June 10, 2016 and Patents (General) (Amendment) Rules 2019 issued on March 12, 2019.

Previous Post
EPO, G 1/18: To be, or not to be, inadmissible on appeal
Next Post
What does a peacock have to do with IP? 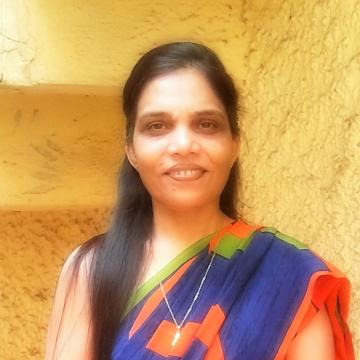 Counting on all her experience of 20 years with one of the most renowned Firms in India, she decided to establish her own IP Legal Firm, SiebenIP, of which she is currently the Founder and Chairperson. Formerly ex-Partner with Anand and Anand, Advocates until 2011 and also spearheaded the Design Department. ARTICLES PUBLISHED