Plausibility: an important gatekeeper or an unrealistic burden?

Posted by Matthew Fletcher
19 December 2022
1
“Plausibility: an important gatekeeper or an unrealistic burden?” was the topic of Workshop 7 at the FICPI World Congress 2022 in Cannes in September. The workshop opened with a short presentation introducing the topic of plausibility from Thomas Wolter of Mewburn Ellis in Germany.

Plausibility is a threshold test to decide whether evidence, submitted after the initial filing that makes the existence of a technical effect credible, can be taken into account. A lively discussion followed, with most of the delegates contributing multiple times.

Delegates commented that it is not always possible to provide evidential proof of the existence of the effect at the time of filing an application, for example, because the gaining of such evidence can constitute a novelty destroying disclosure. However, applications are rarely filed speculatively, if ever, and applications are filed because inventors have reason to believe that the subject matter of their invention will be associated with an effect. We discussed the risks of including a rationale for an effect in an application, which could lead to the impression that the invention is obvious or could jeopardise the validity of the application if later disproved.

The 2010 FICPI resolution - “Consideration of Test results” was discussed. The consensus was that the resolution was very helpful but an update was appropriate in view of the increasing adoption of the doctrine of plausibility by the EPO and some national offices.

Suggestions for amendment included adding a further “observation” that the existing grounds for refusal are adequate to reject applications where the applicants were not in possession of the invention at the time of filing without the need for an additional ground of “plausibility”. It was also commented that the statement “provided that those results are not inconsistent with the content of the application as originally filed”, especially the term “not inconsistent” is expected to do a lot of heavy lifting and should be clarified.

Comments were also made that later-filed test results may not be entirely consistent with statements included in an application as filed, for example a suspected mechanism of action may turn out to be incorrect, and applicants should not be penalised for filing an application before their understanding of the reasons underlying an effect are complete. As an alternative wording it was suggested that “results related to with the spirit of the invention” might be a preferable wording.

Following the workshop, the workshop chair, Matthew Fletcher of Abel+Imray (UK) and member of FICPI’s CET 4 (Study & Work Group) on European Patents suggests the 2010 resolution be updated along the following lines:

FICPI is the only organisation exclusively for independent IP attorneys, bringing practitioners from around the world together to connect, share knowledge and grow, through occasions such as the FICPI World Congress, as well as events such as the Open Forum and regular FICPI webinars. IP attorney members can get involved with FICPI work to promote common solutions and advocacy for private practice through FICPI Commissions and Committees.

At the following Congress Resolution Drafting session and subsquent Executive Committee meeting, a revised resolution was passed which can be found here. 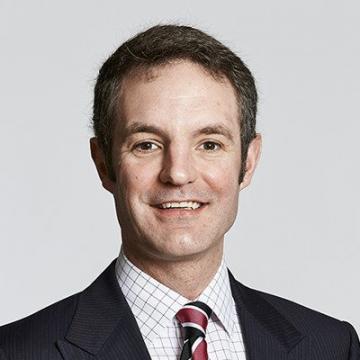