Australia’s Full Federal Court diagnoses an outcome, not a product

Posted by Andrew Scott
5 May 2022
0
IP laws and practice (includes legislation, practice changes, case-law from around the world)
On appeal, the Full Court of the Federal Court of Australia (Middleton, Nicholas, and Burley JJ) has re-confirmed that diagnostic methods are patentable in Ariosa Diagnostics, Inc v Sequenom, Inc.[1]

The decision is the latest in a long running, multi-jurisdictional dispute between the parties concerning the validity and infringement of claims to non-invasively diagnosing the sex, for example, of a foetus from the blood of a pregnant female.

A detection method performed on a maternal serum or plasma sample from a pregnant female, which method comprises detecting the presence of a nucleic acid of foetal origin in the sample.

The toothless grounds of sufficiency of description and fair basis under the pre-Raising the Bar version of the Patents Act 1990 were disposed of in short measure and on conventional bases.

The real validity issue turned on whether such a diagnostic method was for a manner of manufacture (patentable subject matter). Whilst the Full Court delved fully into Australian High Court authority in D’Arcy v Myriad[2] and the watershed decision in NRDC,[3] ultimately the principles stated by Fletcher Moulton LJ in 1909 in Hickton’s Patent Syndicate[4] were applied - “if there is invention in the idea plus the way of carrying it out then is it good subject-matter for Letters Patent”.

In this case the invention resided in the observation that cell free foetal DNA (cffDNA) is to be found in maternal plasma (or serum), coupled with the explanation of how to extract the cffDNA from the plasma or serum.[5] On that basis the diagnostic method claim, despite its exceptional breadth, was held to be patentable.

We pause here to admire the enduring beauty of Australian law on patentable subject matter – specifically that a 100-year old decision commenting on the patentability of the steam engine can have direct application to the patentability of a diagnostic method involving the amplification of genetic material.

Our US colleagues may despair (or perhaps rejoice) at the fatal blow wielded on diagnostic method claims by the Supreme Court’s decision in Mayo[6] which required the patentee to establish that fragmented claim integers themselves resurrected a patent ineligible concept. That process of fragmentation has been specifically rejected by Australian authorities, which have held that an invention cannot be separated “into discrete parts” for analysis.[7]

The Full Court did, however, partially reverse the findings of the lower court in relation to infringement, instead determining that the appellant did not infringe the patented method by sending a subject’s blood sample from Australia to the USA for performance of the diagnostic method, before informing the subject in Australia of the results obtained from that performance.[8]

Information is not a product. Apparently.

The decision on validity was entirely conventional. Diagnostic methods remain patentable in Australia, and the threshold for disclosure for pre-Raising the Bar applications is very low.[9]

The author was, however, challenged by the finding on infringement and respectfully opines that the lower court’s ultimate finding should have been upheld.

In its reasoning, the Full Court noted that s.13 of the Patents Act 1990 provides that “a patent gives the patentee the exclusive rights… to exploit the invention.”

As defined, “exploit, in relation to an invention, includes:

The Full Court acknowledged that the “infringement aspect of the appeal turns on the correct  understanding of the words in (b) of the definition of “exploit””,[10] and also noted that the statute did not provide a definition for the term “product”.[11]

Initially the Full Court attempted to resolve this ambiguity by reference to a dictionary definition for “product” as being either “a thing produced by any action or operation, or by labour; an effect or result” or “something produced; a thing produced by nature or by a natural process”, before reading down that definition in light of the reference to “make, hire, sell or otherwise dispose of the product” to infer a reference only to tangible things.[12] On that basis, the Full Court held that “information” is not tangible, is not a product, and is instead an outcome.

Respectfully, this seems to ignore the commercial reality of the field of diagnostics – where neither the subject’s blood sample, nor the amplified genetic material obtained from performance of the method have any intrinsic value. The entire value proposition lies in the promise by the vendor of providing information obtained from the method steps. The author believes that it was open to the Full Court to contemplate that non-tangible things, effects or results (such as information) were products within that term’s dictionary meaning that resulted from the use of the inventive method.

Secondly, in further justification for its position, the Full Court held that “the definition of “exploit” in sch 1 is conditioned upon a requirement in each of (a) and (b) that the exploited product or method must be “an invention””.[13] By reference to authority that a “claim to mere information is not patentable” the Full Court decided therefore that “we do not consider that the word “product” in para (b) of the definition of “exploit” should be interpreted as extending the patentee’s monopoly to information which could not itself constitute patentable subject matter since it would have the unintended and odd consequence of permitting the patentee to obtain patent protection in respect of subject matter that has long been held to be unpatentable”.[14]

An alternative reading of para (b) would note that the reference to “product” is not limited to any patentable product arising from the inventive method. Rather, it relates to a product simpliciter. The link to para (a) is merely shorthand to draw in the “any act” referred to therein. Further, extending patent protection to information obtained from a patentable method does not collide with the established authorities. As opposed to the “mere intellectual information” in Grant,[15] or the “mere information” in Encompass,[16] in this case information is obtained as a result of chemically amplifying tangible material by a method that the same court has already held to be patentable. In a similar example to that cited by the Full Court,[17] the detection of amplified Y chromosome specific nucleic acid of foetal origin in the sample could at once cause the observer to state “it’s a boy!”. The positive or negative determination of that information is intrinsic to the patentable method performed.

Beyond the analysis given above, we also note that the use of the word “includes” in the definition of “exploit” implies that the definition is not exhaustive, an aspect that does not appear to have been considered by the Full Court. The author believes that it would have been open to the Full Court to extend the exploitation rights to precisely the circumstance considered on appeal – namely where a licensee (Sonic or Clinical) in Australia had derived commercial benefit from the patented method merely by sending the sample offshore.

Independent IP attorneys bring insights and counsel from a wider external perspective and a commitment to high quality work, complying with all relevant regulations. FICPI is the only worldwide organisation exclusively for independent IP attorneys and is driven by a strong shared interest to promote common solutions and advocacy for private practice.

Events such as FICPI’s 2022 World Congress offer the opportunity to attend plenaries, workshops and breakouts, and to meet and further discussions in congenial surroundings.

[9] Applications for which examination was requested before 15 September 2013. 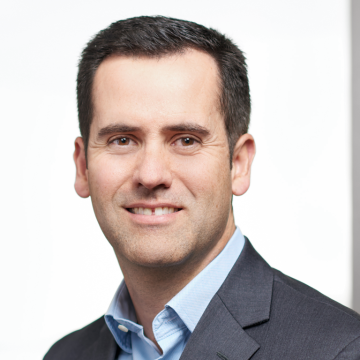