Use it and (maybe) lose it: prior use and patentability in Canada

Posted by Serge Shahinian
27 October 2022
0
IP laws and practice (includes legislation, practice changes, case-law from around the world)
It is generally universal in patenting that an invention cannot have been previously disclosed to the public in order to qualify for patent protection. Canadian law stipulates that the subject matter of a patent claim must not have been disclosed “in such a manner that the subject-matter became available to the public in Canada or elsewhere”[1] before a critical date.

The critical date is typically the priority date of the patent application, however Canada also provides a one-year grace period for applicant/inventor-derived public disclosures. Thus the critical date varies, depending on whether the public disclosure is by/derived from the applicant/inventor, or made by a third party. It is important to note that the Canadian one-year grace period is calculated back from the CA or PCT filing date (i.e. not from a foreign priority date), as illustrated in Figure 1. 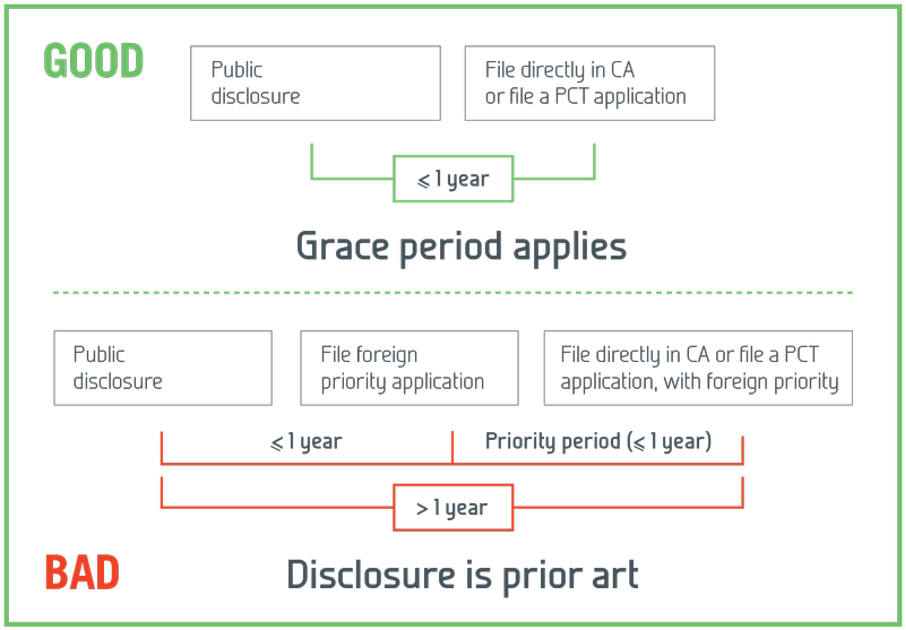 Development of an invention typically entails some testing prior to preparing and filing a patent application. While such pre-filing activities can often be restricted to a closed workshop or laboratory, others, due to their very nature, may entail experimentation or trials in a less restricted environment. Further, an independent inventor may not necessarily have access to special facilities to test an invention. The impact of such pre-filing activities or prior uses on patentability have been assessed by the Canadian Courts, a few examples of which are discussed below.

Taking the invention out on the road

In Conway v. Ottawa Electric Railway Co.[2], the invention related to a snowplow for attachment to streetcars to clear city rail lines. A key consideration by the Court, which upheld the patent, was that the invention required prior testing which by its very nature couldn’t really be performed in a closed environment, and thus such a prior experimental use did not preclude patentability.

In Gibney v. Ford Motor Co. of Canada Ltd.[3], the invention related to a protective cover for a generator of a motor vehicle. The inventor (an automobile mechanic) installed a makeshift version of the device on an unidentified customer’s car, years before filing a patent application. The Court concluded that such an activity represented a prior public use that bars patentability, noting that no restriction was placed on the customer’s use of the device, nor was the customer told to keep the device secret. Further, the use was not considered to be experimental in nature.

Taking the invention out on the ice

In Bauer Hockey Corp. and Nike International Ltd. v. Easton Sports Canada Inc.[4], the invention related to a (hockey) skate boot, which was used during games of a test league composed of Bauer employees and others covered by a confidentiality agreement, at a hockey arena which was however open to the public. The Court concluded that the games did not represent a public disclosure of the invention, since the skates were only available for visual inspection and were not available for testing or dismantling, and therefore someone merely attending the games would not be able to learn the features of the invention in an enabling manner.

Taking the invention to a job site

In Wenzel Downhole Tools Ltd. v. National-Oilwell Canada Ltd.[5], the invention related to a bearing assembly for use in oil drilling. An assembly falling within the patent was built and rented to another company for use on a job site, prior to the patentee’s patent filing. The bearing assembly was encased in a steel tube and thus its inner workings could not be revealed by visual inspection. While the tool could have been dismantled for further inspection and the users could have requested to see e.g. technical drawings, there was no evidence of such further inspection or request. The Court however concluded that the use on the job site represented a novelty-destroying prior public use, noting that there was no requirement (explicit or implied) of confidentiality, and further that it was sufficient that the users had the opportunity to examine the invention, and the fact that they actually did not do so was irrelevant.

Another case on the oil patch had a different outcome. In Varco Canada Ltd. v Pason Systems Corp.[6], the invention related to an automatic drilling system. The inventor built an initial prototype but needed to test it, and, having no testing facility of his own, asked if he could test the autodriller on an oil rig. The inventor was on the rig and personally did the drilling, and locked the device when he was not on the rig so that no one could examine it. The Court upheld the patent, noting that the testing was experimental and required, and while no confidentiality agreement was in place, confidentiality was implicit based on the inventor’s efforts to keep the invention secret during testing.

Taking the invention to the clinic

In Bayer Inc. v. Apotex Inc.[7], it was alleged that the invention was disclosed to the public more than one year before the patent filing date via certain clinical trials. While the trial participants did not sign confidentiality agreements and were aware of the active ingredients of the tablets and their intended use as oral contraceptives, they did not know all of the details of the make-up of the tablets, and were asked to return any unused tablets (a number of tablets were nonetheless recorded as “lost” or “not returned”).

The Court did consider that there was a theoretical possibility that the tablets could have been analysed (there was no evidence to that effect), but found that such experimental use was not a public disclosure, noting that carrying out the clinical trial was necessary, and that reasonable steps were taken to ensure confidentiality and that any unused tablets would be returned. Thus the experimental nature of the trials and the manner in which they were carried out outweighed any theoretical possibility that some tablets could have been kept and analysed.

Where does this take us?

Any prior public disclosure of an invention should of course be avoided, particularly in the context of a worldwide patent strategy, where laws and criteria vary between jurisdictions.

In the Canadian context, some leeway is provided by the grace period, as well as some deference if a prior use is experimental in nature, a principle which continues to be recognised by the Canadian Courts[11]. While each case turns on its specific details, the confidentiality and experimental nature of such prior uses are important factors.

FICPI uniquely combines education and advocacy on topics around patents and trade marks, with a focus on developing the professional excellence of its individual members. FICPI Forums, Congress, committees and meetings are opportunities to gather insights from the international IP attorney community on any issue, whether it be practice-related or topics of patent and trade mark law. 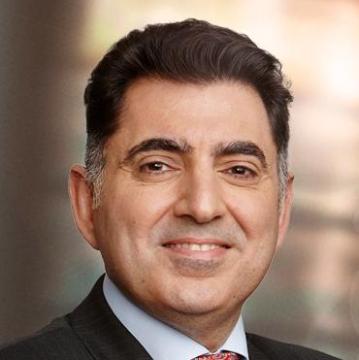