Posted by Catherine Dhanjal
6 May 2021
0
Today, at a manufacturing plant in Swindon, UK, it's hard to imagine that 10 years ago an idea existed only in one man's head.
Recycling Technologies is building its first commercial-scale machine and set to become a mass manufacturer of equipment for recycling of hard-to-recycle plastic waste such as films, bags and laminated plastics which would otherwise go into landfill or be burned, with devastating environmental impact.

Current partners include Neste, the world’s leading provider of renewable diesel, sustainable aviation fuel and a forerunner in drop-in renewable and circular chemical solutions plus Unilever, consumer goods manufacturer of leading global brands. In a 3-year research project funded by UK Research and Innovation, the firms are collaborating to further develop and harness chemical recycling to recover and reuse plastic packaging that’s currently incinerated, buried in landfill or exported from the UK.

Recycling Technologies is putting waste plastic packaging such as empty crisp packets, black plastic and other plastics currently not recyclable through a chemical recycling process which breaks them down into liquid hydrocarbons and returns them as an oil known as Plaxx®. Unilever is providing insights on improved design of packaging for recycling whilst Neste is analysing and testing the quality and suitability of Plaxx for further upgrading it into production of new, virgin-quality plastics such as plastic packaging.

Tom Turner, Partner at Abel + Imray, and with a PhD in Organometallic Chemistry, explains, "It's not just the process itself, but it's the scale at which the equipment operates that makes a difference.

"Recycling Technologies has developed and patented a technology which recycles low-value plastic waste such as films and laminates and can be installed at local waste sites without the need to transport waste over big distances as it does not make economic sense. The company’s goal is to  mass-produce these modular machines and ship them worldwide, to be used at point of need, such as at existing waste treatment and recycling sites."

The original idea came from Adrian Griffiths, Recycling Technologies' CEO, who recognised there was a growing problem of plastic pollution. He asked himself “how hard can it be?” to recycle plastic back into the oil it originally came from. He worked with Warwick University to master the use of pyrolysis for recycling purposes.

Abel + Imray have worked with Adrian and the team to protect the IP and attract investment since his first patent application in 2013.

With over twenty years’ experience as a management consultant, Adrian appreciates the need for ventures to be sound commercial opportunities as well as providing an environmental service.

As the company has evolved, the patents have been essential and been professionally drafted to keep pace with the evolution in technology and the system.

Tom explains, "Drafting patents which can keep up with developments whilst still being narrow enough to define novel and inventive IP requires high quality advice and a pragmatic approach. A well-drafted patent application is essential to ensure it stays relevant as products and processes are developed."

The way the patent process works is that an invention must be new and secret to be patentable but many SMEs do not realise that the information goes into the public domain after 18 months.

"For a company such as Recycling Technologies, whose first patent was filed in 2013, it demonstrates the quality of the initial patent application where the patent protection has given the company a safe haven to go from initial concept to commercialisation over eight years. The IP has given them the space they needed to develop and invest without having to worry that their ideas would simply be copied by bigger competition, who might be able to get to market more quickly," adds Tom.

A well-crafted patent application also allows for changes in development, such as changing one component for a better one. In order to achieve this, a good attorney needs to be able to understand the function of each element of a new product, process or machine, so as far as possible, the patent is not tied to any specific structure.

Patents that allow room for growth

In the case of Recycling Technologies, within the first patent application, Abel + Imray specifically recognised four to six different elements that were innovative at the time and they made sure each was individually described and defined. Over time, the patent portfolio has been built up to focus on those elements which provide the most value.

"Another critical element when choosing a IP attorney," Tom adds, "is that the business model and value of the invention are not always obvious initially. For example, in the case of Recycling Technologies, initially the thought was that the by-products from the chemical process would be fuel rather than the feedstock oil and wax which are now being produced."

A patent needs to be fluid enough to develop as technology and business strategies develop. Independent IP attorneys are also ideally placed to answer questions around a company’s freedom to operate in the face of patents owned by third parties. IP attorneys will carry out patent searches to see what's in force; this can be daunting and overwhelming for a layman but a good attorney can lead their client through the minefield in the most cost efficient way.

In a podcast for CIPA, Two IPs in a Pod, Marvine Besong, Technical Director of Recycling Technologies says, 'As a company that was mostly funded by private investors, IP protection was key to secure investment and demonstrate something that was novel. Most recently it has enabled us to get major petrochemical corporations to join the business. Based on our IP we were able to sell a licence to Neste and found a joint development with them, and the IP was a key part of that development. IP has been critical in enabling the company to continue and demonstrating freedom to operate.'

Recycling Technologies' production plant in Swindon will be online commercially within the next years, when manufacturing at scale will start.

Investors today include VC and crowdfunding with both sets of investors looking carefully at freedom to operate as well as the patent portfolio. 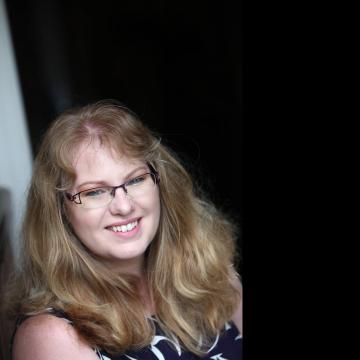