The Indian Biological Diversity Act: a review of the Amendment Bill 2021

Posted by Deepa Tiku
12 August 2022
0
IP laws and practice (includes legislation, practice changes, case-law from around the world)
It is important for countries like India, with diverse biological resources, to have regulations on access and use of biological resources. At the same time, the applicability of these regulations becomes equally important.  The “Biological Diversity Act” [henceforth referred to as “Act”] enacted in 2002, has gained a lot of attention in recent years in view of the National Biodiversity Authority’s (NBA) active enforcement of the key provisions of the Act.

Currently, all foreign entities engaged in research and commercialisation involving any Indian biological resource, have to sign benefit-sharing agreements even before initiating research. Further, if any intellectual property (IP) rights are sought involving such research, both Indian and foreign entities must enter into benefit-sharing agreements in lieu of permission by the NBA. Any such patent will remain pending until such time as the necessary permission from NBA is submitted to the Indian Patent Office. In addition, contravening the provisions attract criminal penalties. All this has led to widespread discussions on possible simplification and clarity in the Act.

To address some of the above concerns and to ensure that the Act is relevant in the current and future contexts, an amendment – Amendment Bill 2021 [henceforth referred to as “the Bill”] has been proposed before the Indian Parliament. The Bill proposes to provide relief on penal provisions, simplification of the approval process for Intellectual Property (IP) applicants, among other changes.

In this blog, we review some of the key proposed amendments:

At the outset, the Bill seems to have widened the definition of “biological resources” – it now includes plants, animals, micro-organisms or parts of their genetic material, derivatives (excluding value-added products), with actual or potential use or value for humanity. However, it does not include human genetic material. The proposed definition seeks to remove the term ‘by-products’ and replace it with the term “derivatives”. The derivative is further defined as ‘a naturally occurring biochemical compound or metabolism of biological resources, even if it does not contain functional units of heredity’. This amendment seems to have expanded the scope to include more components than what was noted previously.

The Bill further proposes to exempt entities incorporated in India from seeking approval from NBA before access for research, commercial utilisation or bio-survey and bio-utilisation, except when they are controlled by a foreign company within the meaning of clause (42) of section 2 of the Companies Act. This seems to provide flexibility as compared to the existing provision which mandates an entity having foreign participation to obtain approval before accessing the biological resource. Foreign company (as per Section 2 (42) of the Companies Act, 2013) means - ‘any company or body corporate incorporated outside India which - a) has a place of business in India whether by itself or through an agent, physically or through electronic mode; and b) conducts any business activity in India in any other manner’. Thus, there is a difference between “foreign-controlled” versus the current terminology, i.e. “foreign participation” which expands the ambit of the provisions to even those Indian entities which may have minor foreign stakes.

Another significant amendment to note is that it extends relaxation to companies registered/incorporated in India who will only require registration with the NBA, prior to obtaining grant of IP rights. However, the foreign entities will continue to require obtaining approval from NBA. Once an IPR is granted, both Indian and foreign entities will require prior approval from NBA for any commercialisation. Further, according to the proposed amendments, registration and/or prior approval will also apply to biological resources from India that are deposited in repositories outside India.

The amendments further propose an exemption to registered AYUSH (alternative Indian medicine) practitioners along with local people and communities of the area, including growers and cultivators of biodiversity from providing prior intimation to the state biodiversity board when the biological resources are accessed for commercial utilisation for codified traditional knowledge, cultivated medicinal plants and its products. The Bill also clarifies that the biological resource and items derived from them, including agricultural wastes, when normally traded as commodities, cultivated medicinal plants and their products would not fall under the purview of the Act. This exemption however is applicable only to Indian entities. No such exemption will apply if biological resources are employed for obtaining IPR.

Another significant change that the amendments propose is to withdraw the penal provision of imprisonment and limit the penalty only to a heavy fine.

Overall, the Bill provides clarity on certain points in the Act while providing exemptions for certain scenarios. However, the Bill still lacks clarity on value-added products which are currently defined as being products that may contain portions or extracts of plants and animals in unrecognizable and physically inseparable form. In the past, there has been a lack of agreement between applicants and NBA as to whether a particular biological resource/product is a value added product or not. It would therefore, be helpful to have some clarity (with examples) in the accompanying guidelines that may be issued once the Bill is approved.

Currently, the proposed Bill is under review by the Joint Committee of the Parliament based on the suggestions and recommendations provided by the public and stakeholders. We expect some tweaks at least in a few clauses mentioned in the Bill and hope to receive clarification (through Guidelines) for e.g., on terms such as ‘derivative’ and ‘value added products’. We do not expect significant changes in the proposed procedure to seek permission and/or approval for accessing/obtaining biological resources for research, commercialisation, or bio-survey and bio-utilisation as this is largely being viewed as a welcome change.

This blog is authored by Dr. Deepa Kachroo Tiku (click to see FICPI bio) together with her colleagues, Shivakumar R and Sridhar R. 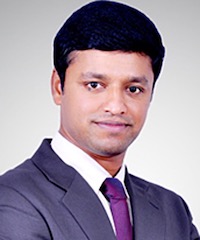 Shivakumar has over 16 years of experience in handling patents in biotechnology, microbiology, molecular biology, biochemistry, pharmaceuticals, biopharmaceuticals, material sciences and metallurgy, medical diagnostics, therapeutics, and nanotechnology. He comes with rich experience in managing vast IP portfolios for large companies. In addition, he counsels start-ups and MSMEs on how to strategically utilise their IP for their business needs.

Shivakumar is also an expert on Indian Biodiversity law, working statements, and restoration of lapsed patents. 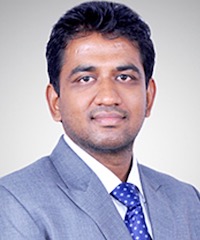 Sridhar R is a senior associate and patent attorney at K&S Partners.

With over a decade of experience, Sridhar handles patent matters in the fields of biotechnology, therapeutics, biochemistry, microbiology, molecular biology, nanotechnology, and chemistry. In addition, Sridhar advises clients in matters of the Biological Diversity Act, including filing applications before the National Biodiversity Authority (NBA).

Previous Post
A good night for Neurim Pharmaceuticals - Assistant Commissioner Luiten as an agent for controlling the release of an examined patent application
Next Post
Aesthetics and functionality: understanding EU requirements for trade dress protection 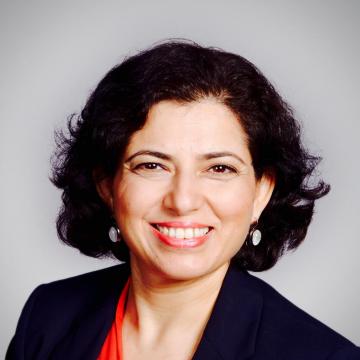 Dr. Deepa Kachroo Tiku is a partner at K&S Partners and based out of the Gurgaon (National Capital Region) office. Deepa is a registered Patent Agent with the Indian Patent Office and an attorney at law.