Posted by Dr Andrew Scott and Dr Sam Fraser
3 August 2022
0
IP laws and practice (includes legislation, practice changes, case-law from around the world)
Neurim Pharmaceuticals was unsuccessful in overcoming the examiner’s repeated objections to its New Zealand patent application, but the application will be accepted subject to generous amendments directed by Assistant Commissioner Luiten.

In 2017, New Zealand joined the Global Patent Prosecution Highway (GPPH) pilot program - which allows an applicant to request expedited examination based on allowance achieved in another member state. This mechanism encourages patent examiners to rely on the work product of an office of earlier examination, without binding them to any earlier decision reached by that office.

The Intellectual Property Office of New Zealand (IPONZ) is dealing with an enormous backlog of applications waiting to be examined, especially applications in the chemical and biotech fields. Current backlogs indicate delays of up to three years. Using the GPPH allows the applicant to skip that queue.

In contrast to our experience in prosecuting Australian patent applications, where a GPPH request often quickly leads to acceptance, New Zealand examiners are less inclined to reach for the rubber stamp - as seen in the recent decision in Neurim Pharmaceuticals [2022] NZIPOPAT 6.

To overcome this issue, Neurim Pharmaceuticals developed smaller tablets (mini-tablets), but this required revision of the composition to provide a desirable extended release of melatonin. Patent protection for this invention was then sought in a number of jurisdictions.

In both the United States and Europe, examiners objected to the way in which the applicant had claimed the mini-tablets by the release profile that it should provide. These objections were overcome by amending the claims to recite the excipients and their ratios in the mini-tablets that achieved the desired melatonin release rates.

On the other hand, the Australian claims were accepted to controlled-release melatonin mini-tablets without any limitation to specific excipients.

A controlled-release melatonin mini-tablet comprising: a therapeutically effective amount of melatonin; and one or more pharmaceutically acceptable carriers;

Relying on the accepted Australian claims, Neurim Pharmaceuticals filed a GPPH request in New Zealand.  After receiving and responding to four adverse examination reports, the applicant reached an impasse with the examiner and requested a hearing. The live issue was whether the claims were supported by the matter disclosed in the specification.

Significantly, the standard for support under New Zealand law is ostensibly the same as the standard for support under Australian law,[1] and both countries borrow heavily from UK jurisprudence developed under the Patents Act 1977 (UK). So the applicant was no doubt justifiably puzzled as to how Australia and New Zealand could take such stridently divergent views on the same claim language, despite both patent offices having agreed to make use of each other’s work product to facilitate expedited examination.

However, as we have seen repeatedly, the outcome of prosecution of a patent application in Australia has little practical bearing upon the prosecution of its corresponding New Zealand application. New Zealand examiners are far more likely to look at the rationale provided by the UKIPO, EPO, or even the Intellectual Property Office of Singapore, than that of IP Australia.

In hearing the matter, Assistant Commissioner (AC) Luiten applied Biogen v Medeva,[2] and Regeneron v Kymab[3] and relied on the expert evidence submitted by the applicant. AC Luiten concluded that the patent application claimed results which it does not enable[4] and that the claims were unsupported as they claim subject matter that could be produced by other means.[5]

While not specifically referred to by AC Luiten, it would be reasonable to assume that he was buoyed by similar objections that had been raised against the corresponding United States (under 35 USC 112) and European (under Art 84 EPC) patent applications. In each of those cases, the applicant overcame the objections by defining specific excipients and ratios thereof that the examiners had determined were essential to achieving the claimed controlled release.

Under Australian practice, where a hearing is requested during examination and the Commissioner determines that there is a prospect of dealing with any outstanding issues, the application may be referred back to the examiner and the acceptance deadline may be extended. In such circumstances the applicant may propose amendments of its choosing to address the issues.

Under New Zealand practice, the Assistant Commissioner instead has the power to direct the applicant to make certain specified amendments, or otherwise refuse the application altogether. As such, the fate of the application lies wholly in the hands of the Assistant Commissioner. The impact of any directed amendments will ripple through the life of the patent, since they must be incorporated and once incorporated would be difficult to remove because any post-acceptance amendment can only narrow the scope of protection. Deletion of the directed amendment would almost certainly not be allowable.

And so, an applicant should be anxious when an Assistant Commissioner is provided with the power to specify the manner in which its patent claims must be redrafted, which is what AC Luiten did at [7]. As a generalisation between the scope of the claim accepted in Australia and the scope of the claims allowed in Europe and the United States, AC Luiten directed that claim 1 must define that the mini-tablet is a “matrix formulation” that comprises “at least one release controlling agent, at least one water soluble compound, and at least one diluent or filler for control of the flowability and compaction properties of the matrix for tableting”. Fortunately for the applicant, AC Luiten’s direction was broadly in line with their secondary submission.

The basis for the new claim features proposed by the applicant and then directed by AC Luiten was the applicant’s uncontested expert declaration, in which Professor Davies suggested that the invention is enabled by combining the broad features of “matrix formulations” (to be contrasted with “coated formulations”); “one or more release controlling recipient(s) [sic]”; and a “water-soluble diluent” or “filler".

AC Luiten’s approach to identifying the essential features of the invention, based on evidence (from Professor Davies) that a skilled person would be able to clearly and unambiguously derive the new features from the teaching of the specification, is not inconsistent with the otherwise strict approach taken by the EPO to added subject matter (Art 123(2) EPC).

However, Professor Davies went further to state that “it would be necessary to carefully consider and control the proportions to the various agents within the formulation so as to achieve the mini-tablet with the claimed properties”, and we note that assertion is consistent with the qualified disclosure of those additional claim features on page 8 of the specification. In contrast, AC Luiten did not require any further claim limitation despite repeatedly implying that the applicant’s technical contribution was limited by the proportions of the components needed to achieve success, which is a generous conclusion to reach.

In support of our view, we were surprised to see that the Assistant Commissioner made little reference to the examples provided in the specification. As mentioned in the fourth examination report (and by the EPO and USPTO during prosecution of those applications), only two (of the seven) mini-tablet formulations disclosed by the applicant in the specification achieved desirable release properties – that is, only specific compositions of specific “agents”, “filler” and “diluents” were shown to provide the claimed functional result. For instance, the specification evidenced that ammonio methacrylate copolymer type A provided the desired release profile, but that ammonio methacrylate copolymer type B did not.

As the reader would recognise, evidence of non-working examples will typically reduce the scope of the technical contribution that can be relied upon for claim support. Typically, providing several examples that fail to provide the desired functional effect can prove to be a strong basis for a “missing essential feature” support objection.

In our experience in contested proceedings, general statements of the type provided by an expert such as Professor Davies are of only limited assistance in the face of experimental evidence disclosed in the original filing of apparently failed results. In a contested setting, we believe that it would be unlikely that: such general statements would go unanswered; and claims of the type directed by the Assistant Commissioner would have appropriate support.

The corresponding Australian patent application has been opposed by Generic Partners Pty Ltd. Given the level of disclosure in the specification, the rather nebulous nature of the terms “release controlling agent”, “water soluble compound”, and “diluent or filler”, and the examples provided, it would be reasonable to assume that examination of this application is only the beginning of the scrutiny it will face.

Previous Post
3 ways to spot the signs of burnout
Next Post
The Indian Biological Diversity Act: a review of the Amendment Bill 2021 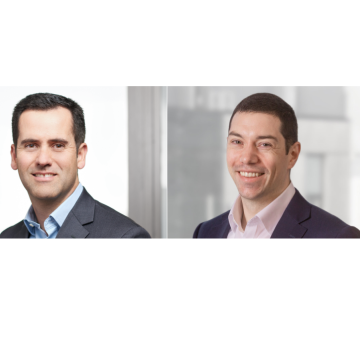 RECENT blog POSTS
Use it and (maybe) lose it: prior use and patentability in Canada
27 October 2022
READ MORE
Aesthetics and functionality: understanding EU requirements for trade dress protection
9 September 2022
READ MORE
The Indian Biological Diversity Act: a review of the Amendment Bill 2021
12 August 2022
READ MORE