Reengaging with the WIPO IGC for the December 2022 - 45th Session on the protection for TK, TCE and genetic resources

Posted by Rowan Joseph
18 January 2023
0
Re-engaging with the work of WIPO’s IGC (Intergovernmental Committee on Intellectual Property and Genetic Resources, Traditional Knowledge and Folklore) remains important to FICPI although it does not actively participate in such works. Attendance at this, the Forty-Fifth Session of the IGC, provided a renewed chance to engage with this work prior to the Diplomatic Conference related to the work scheduled for 2024.

The meeting was once again held in hybrid format, with a considerable number of countries represented in person at the WIPO headquarters in Geneva or online, including a large number of representatives of the Indigenous Peoples.  Apart from FICPI (represented by Rowan Joseph), other typical use organisations represented were INTA (represented by US lawyer, Alison Roth), IPO (by their US lawyer, William Warran) and AIPPI (represented by their European lawyers Martin Michaus, Takeshi Komatani, Ana Claudia Memede, and Audrey Williams).

Participation of Local and Indigenous Communities

The meeting was opened on the morning of Monday, 5 December 2022, by WIPO’s Assistant Director General, Edward Kwakwa, and was chaired by Ms Lilyclaire Bellamy (Jamaica).  After a number of formal items, the morning session centred around the Participation of Local and Indigenous Communities, which again broadly focused on the issue of prior consent in communities of Indigenous Peoples.

The Monday afternoon session centred around a discussion of the articles of the TK/TCE draft texts dealing with the terms, objectives, and eligibility criteria.  Member states considered and commented on the facilitators’ alternatives to the draft articles. The rest of the week centred around discussing revisions of the TK and TCE draft articles presented to the IGC by various parties involved in the meeting.

Tuesday morning continued the discussion from the previous afternoon on the eligibility criteria of the various draft texts. The afternoon session was presented in a Contract Group format focusing on the scope of protection, exceptions and limitations, and sanctions in the draft articles.  The Contract Group discussion centred around revisions of the both the TK/TCE texts from the previous meeting (September 2022).

Wednesday saw a continuation of the discussion on various provisions of the draft texts, with the facilitators briefly reporting on the Contract Group discussion of the previous day. The Chair made a point during the Wednesday morning session to remind the participating member states that the purpose of the IGC is to work together as a body to narrow the gaps in the draft texts. The IGC endeavours to do so in such a way that they do not expand on settled matters but focus on what is before them and find constructive ways to arrive at a workable instrument.

Thursday morning saw a brief discussion on matters discussed in the ad hoc meeting of Wednesday which dealt with ‘beneficiaries’. The ad hoc committee commenced its discussions on Thursday afternoon and reported back to the meeting later that same evening. The morning continued with a discussion on the preamble of the draft articles dealing with non-derogation. On Thursday afternoon the ad hoc committee reported on its discussion on ‘beneficiaries’ and mentioned the inclusion of additional terms such as rightsholder, administrator, etc.

The Friday morning session was cancelled due to transport issues. And in the Friday afternoon session, agenda items 2, 3, 4, 5, 6, and 7 were ultimately adopted.

Again, the work of the IGC clearly faces many of the same challenges as before, including interfacing between the often-ancient legal systems and concepts of the Indigenous Peoples and the more modern IP systems; traditional knowledge misappropriated in the past; and the nature of the system to be created (measures based or rights based).

The next meeting, the Forty Sixth Session, will be held on the 27th of February 2023.

Members have until then to work through and comment on the draft texts shared on Friday, 9 December 2022.

Independent IP attorneys bring insights and counsel from a wider external perspective and a commitment to high quality work, complying with all relevant regulations. FICPI uniquely combines education and advocacy on topics around patents and trade marks, with a focus on developing the professional excellence of its individual members.

Next steps: get involved

FICPI plans to continue engaging with the important work of this committee – if you would like to become involved in this topic, please contact Robert Watson or Rowan Joseph.

Previous Post
Plausibility: an important gatekeeper or an unrealistic burden? 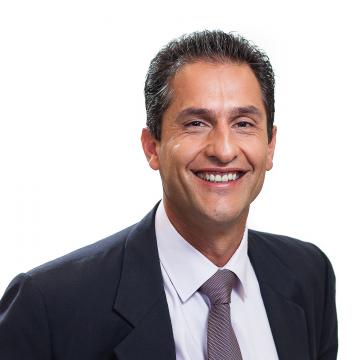 Rowan Joseph is a patent attorney and partner at Von Seidels. His expertise includes the prosecution of local and foreign patents and registered designs.