The Intellectual Property Office of New Zealand piles on DABUS

Posted by Nick Mountford and Dr Andrew Scott
7 June 2022
0
IP laws and practice (includes legislation, practice changes, case-law from around the world)
The New Zealand Intellectual Property Office is the latest authority to reject Stephen Thaler’s efforts to list his Artificial Intelligence (DABUS) as an inventor on a patent application.

PCT/IB2019/057809 was filed listing “DABUS, The invention was autonomously generated by an artificial intelligence” as the inventor and Stephen Thaler as the applicant. The examiner of the corresponding New Zealand application 776029 objected to listing a non-natural person as the inventor; and to Dr Thaler’s entitlement to the invention from the inventor.

Under New Zealand law, an application must state the “name and address of each inventor”,[1] and “inventor” is defined as “the actual deviser of the invention”.[2] In this case the examiner determined that the non-human DABUS was not an “inventor” as intended by New Zealand patent law. The applicant requested a hearing, following which hearing Assistant Commissioner Luiten bravely ventured: [3]

“So far as I have been able to verify, no creatures on earth other than human beings ever seem to have invented a patentable invention and we have never received any disclosure of inventions from other worlds”.[4]

As it has in other jurisdictions, the applicant submitted that the statute does not explicitly prohibit Artificial Intelligence being listed as an inventor. That argument was successfully used in Australia to overcome the Examiner’s objection on judicial review[5].

Without pointing to any specific basis for the conclusion, AC Luiten stated that this submission was:

“ill-founded if the Act is read and interpreted in context. The Act was drafted, and has always been applied, on the assumption that an “inventor” is a human being... if the legislators had intended to allow granting of patents in New Zealand for inventions devised solely by non-humans such as artificial intelligences, or life forms other than human beings, they would have drafted the Act to accommodate these possibilities specifically and explicitly. They did not do so. It would be inappropriate for the Commissioner to ignore this fact and decide a case as though they should have done so.”[6]

On its face it would seem sensible that a “person” is a human, and perhaps the legislators did possess that state of mind when drafting the Patents Act 2013. AC Luiten’s decision seems reasonable and is consistent with the approach taken by a range of authorities in relation to the corresponding European, UK and US applications and the Australian application before the patent office.

However, if we step back from the decision and probe the origins of the term “inventor” in the Patents Act 2013 we can test whether AC Luiten’s conclusion was inevitable. The Legislation Act 2019 (NZ) confirms that “The meaning of legislation must be ascertained from its text and in the light of its purpose and its context”[7] and that a “person includes a corporation sole, a body corporate, and an unincorporated body” (emphasis added). Section 5 (Patents Act 2013) clearly allows for the patent applicant to be a “person which has applied for a patent for an invention”. In context, applications are routinely applied for by corporations, not humans. Section 17 states that “A patent is personal property”. If we rely on the broader jurisprudence of property ownership as informing the context of the Patents Act 2013 then, a restricted view of “person” might be perfectly reasonable.

However, the Act does not limit its use of term “person” to operative entities that may hold property. Fundamentally, both the inventive step and disclosure requirements are tested with reference to the capabilities of the “person skilled in the art”. While not a decision of a New Zealand authority, the High Court of Australia has held that (emphasis added):[8]

“There was a tendency in AstraZeneca's arguments to confer upon the "person skilled in the relevant art" more human characteristics of volitional and purposive action than are necessary for its function. The notional person is not an avatar for expert witnesses whose testimony is accepted by the court. It is a pale shadow of a real person — a tool of analysis which guides the court in determining, by reference to expert and other evidence, whether an invention as claimed does not involve an inventive step.”

On that level, in our view, it remains arguable that the context of the Patents Act 2013 allows for the non-exhaustive definition of “person” to extend to non-human entities, which could potentially include an AI but would require acceptance that an AI is an entity.

Further, the Patents Act 2013 includes a section specifically entitled “Exclusions from patentability” – and nowhere in that section is any reference made to “inventions made by non-human inventors”. The same logic used by AC Luiten to speak on behalf of the legislators could be used to argue that they specifically omitted any reference to whether an inventor could be non-human because they did not want to so constrain the Act.

Having failed to establish the threshold issue that an AI can be listed as an inventor, the secondary issue of whether Stephen Thaler is entitled to the patent application by deriving title from DABUS was inconsequential.[9] Nonetheless the reasoning provided by AC Luiten was that because DABUS is not a person then DABUS “cannot ever have had title to the invention” and further cannot “make assignments or agreements” and therefore Stephen Thaler cannot “derive” title to the invention.[10] That view rejects the “possessory title” doctrine[11] relied on by Beach J in Australia – namely that possession is as good as absolute title.[12]

On its face, this family of contentious matters may seem like an esoteric crusade by a well-resourced applicant. In our view, the broader implications of whether a “person skilled in the art” can be an AI are significant.

While we strongly suspect that an appeal to the High Court of New Zealand is likely, we believe that in time, legislative reform will be needed both in New Zealand and in Australia to provide certainty. 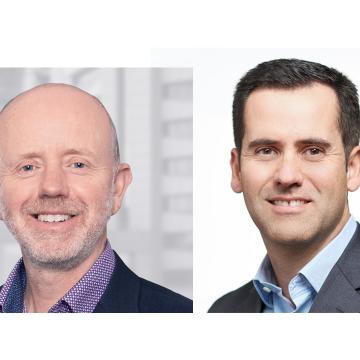