Posted by Bill McFarlane
6 June 2022
1
Australia’s highest court has granted leave to appeal from a decision of Full Court of the Federal Court of Australia (FCFCA) Aristocrat Technologies Australia Pty Ltd v. Commissioner of Patents, dated 6 December 2021 - [2021] FCFCA 202. This case turned on the issue of patentable subject matter and in particular computer-implemented inventions.

In the referenced decision of the FCFCA, in paragraphs [26]-[27] of the joint judgment of Middleton and Perram JJ, their Honours formulated a new two-step test to determine the patentability of computer-implemented inventions, asking:

(b)            If so, can the invention claimed broadly be described as an advance in computer technology?

In the view of many in the profession, this test excludes from patentability inventions that are not mere business schemes or abstract ideas and would otherwise be deemed patentable merely because they are computer-implemented. If this test becomes broadly adopted, it is the judgment of many in the Australian patent attorney profession including patent litigators that the new test will put at risk not only many patent applications, but will endanger many granted patents. Yet further, the test will dissuade the filing of patents just because a computer implements the idea.

Before an appeal is considered by the HCA, there is a process that allows interested parties to apply to be heard by the HCA and contribute to the discussion as to why the HCA should hear the appeal. Those interested parties are referred to as 'interveners'. FICPI Australia decided not to apply to be an intervener at the special leave stage due to the combination of very restrictive time frame and the risk of an adverse costs order should the Commissioner of Patents actively oppose the FICPI Australia’s intervention application.

If the HCA did not think this case merited its attention, then there would be no appeal, and the decision of the FCFCA would be the law in Australia in respects to the test for patent-eligible subject matter (referred to in Australia as Manner of Manufacture).

Fortunately, the High Court agreed to hear an appeal of the referenced FCFCA decision before 7 members of the High Court which signifies the import of this matter as typically only 5 High Court Justices are involved in Appeals.

Any person or entity can seek leave to provide submissions to the HCA as Amicus Curiae (a friend of the court).

FICPI Australia’s Council agreed to an action plan and a sub-committee of FICPI Australia Council members, including the Secretary Rohan Wallace, the President Bill McFarlane and Virginia Beniac-Brooks was formed. Due to the importance of providing a credible Amicus Curiae submission, the guidance of Senior Counsel, Andrew Fox SC was enlisted. There was some trepidation amongst Council members as to the costs of such an exercise. Thankfully, FICPI International made a contribution that assuaged the concerns of FICPI Australia’s Council and for which Council is very appreciative. FICPI Australia members were informed of the matter and about Council’s options and intentions by way of a Newsletter.

FICPI Australia was eager to present the various Manner of Manufacture tests used in the legal systems of Australia's major trading partners.  Further, to emphasise to the Court the importance of Australia's adherence to its TRIPS obligations, it was originally proposed to present Affidavits from senior FICPI members practising before each of the IP offices of Europe, Japan, the United States, and South Korea. Those persons would attest to the manner of their country's adherence to their TRIPS obligations as much as they apply to patentable subject matter for computer-related inventions. They would also provide the relevant laws and court interpretations (including any tests) that apply to the issue at hand in those countries. Indeed, with the help of various senior and well respected FICPI members in the indicated region/countries a questionnaire was completed and provided to our Senior Counsel.

Eventually, after many hours of strategic consideration, drafting, revision and settling, an affidavit was signed by the President of FICPI Australia to support the Formal Submission of FICPI Australia which contained selected information and views that were made available to Counsel. The relevant documents were submitted by the due date and time by the instructing solicitor Virginia Beniac-Brooks of Arcadia IP who is a member of FICPI Australia’s Council and she continues to keep us informed as the High Court issues notices regarding this matter.

Members of FICPI Australia await the decision being handed down, hopefully before the end of 2022, with equal measures of eager anticipation and trepidation.

FICPI Australia is active in trying to shape IP law and has submitted Amicus Curiae to the High Court of Australia.

Rohan Wallace (FICPI Australia Secretary) and Bill McFarlane (President of FICPI Australia) will meet with Mr Michael Schwager, the Director General IP Australia and the Commissioner of Patents in June 2022, in their roles for FICPI Australia.

If members are interested in the case or would like a copy of the FICPI Australia Amicus Curiae submission they should contact the Secretary of FICPI Australia: [email protected].

The High Court of Australia…

The High Court of Australia will make its decision public on Wednesday, 16 August 2022.

A report will be provided to FICPI International once the decision has been reviewed. 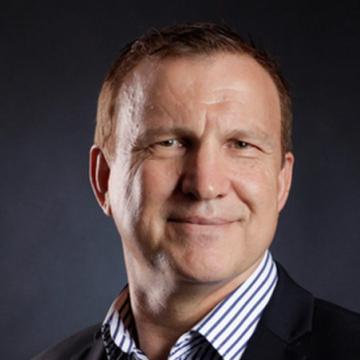 Bill is a registered patent and trade marks attorney with a range of knowledge and experience in the areas of physics, electrical and electronic engineering, and computing. Bill has been in the profession for over 34 years and became a partner of Madderns in 1996.