The FICPI representatives at the meeting were:

The WIPO representatives at the meeting were:

The following PCT topics were discussed:

>WIPO requested that FICPI communicate recent changes to the PCT to FICPI membership, the main changes being adoption of a new sequence listing standard, discontinuation of PCT-SAFE, the new Eurasian ISA/IPEA and changes to excuses for delay in meeting time limits:

>Hanna Kang explained in some detail the new WIPO standard ST 26 developed for sequence listings and how it differed from the previous standard ST 25. Hanna advised that sequence desktop tools are available for download from the WIPO Standards website: https://www.wipo.int/standards/en/sequence/index.html and that webinars entitled WIPO ST.26 Introduction, WIPO Sequence, WIPO Sequence Validator and WIPO ST.26: Advanced are available in multiple languages at: https://www.wipo.int/meetings/en/topic.jsp?group_id=330&items=20. The new standard would apply to applications filed after 1 July 2022. FICPI members are requested to provide any positive or negative feedback on the tools and the new standard to the FICPI secretariat which will be passed on to WIPO.

>Michael Richardson explained that WIPO will cease supporting PCT-Safe, and that offices and applicants are now to be encouraged to start using ePCT. He also discussed the work being done by WIPO with offices to facilitate the processing of applications using ePCT as well as the handling of fee payments.

>Matthias Reischle-Park advised that the WIPO Assemblies in October 2021 approved the Eurasian Patent Office becoming the 24th international authority (ISA/IPEA) from the middle of 2022. This will provide an alternative for those filing in the Russian language.

>Matthias also explained the new rule changes to take effect from 1 July 2022 to provide an excuse for missed time limits in the case of an epidemic. The new rule 82quater.3 allows offices in such circumstances to provide general extensions of time limits of up to two months. Rule 82quater.1 was also amended to allow offices in particular circumstances to waive the need for evidence supporting extension request.

>There was general agreement between WIPO and FICPI representatives that applicants should be allowed to submit drawings in colour. Michael Richardson explained that most national and regional offices were in support of allowing drawings to be submitted in colour. The main problem appears to be prioritising the amendment of laws and IT systems that would allow for such colour drawings.

The following non-PCT topics were discussed:

>Tomoko Miyamoto commenced the discussion of work carried out by or under the observation of WIPO relating to substantive patent law harmonisation. Michael Caine gave a brief overview of FICPI’s work in the area of substantive law harmonisation, particularly in relation to the work of Group B+. Michael also mentioned that FICPI had noted with interest that a paper relating to prior user rights was presented at the last SCP meeting for consideration at the upcoming SCP meeting in December 2021, and further mentioned that FICPI had developed a position on prior user rights that FICPI was happy to share with WIPO.

>Kim Finnilä briefly mentioned FICPI’s work with Group B+ in relation to the draft multilateral agreement on client patent attorney privilege, noting that WIPO was also observing the work of Group B+ in this area. This lead to a discussion of the work of the SCP in gathering information and views, and a forum for discussion, on important patent related topics, including CAP, and that this provides a great resource for countries wishing to take the initiative to improve their IP laws. 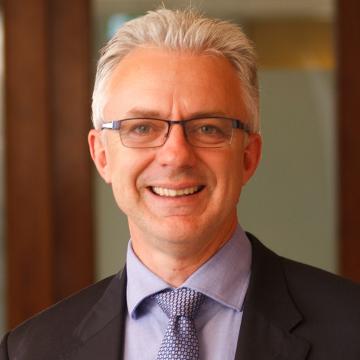