Posted by Stefano Gotra
30 June 2021
0
The Patent Cooperation Treaty Working Group 14 was held in Geneva in hybrid for (in-person and remotely) from 14 to 17 June 2021, organised by the WIPO.

One of the main topics of the agenda was the strengthening of the PCT safeguards in case of general disruption.

The discussion was based on documents PCT/WG/14/9 and 11: the IB prepared a document on the implementation of the Interpretative statement and Recommended PCT practice changes in light of the Covid-19 pandemic. The EPO, FR, ES, CH and UK proposed to update Rule 82quater.1 (Excuse of delay in meeting time limits) and to introduce a new Rule 82quater.3 (Extension of time limits due to general disruption).

All delegations that took the floor supported the proposed amendments to Rule 82quater.1 to clarify that a pandemic / epidemic is a situation relevant for said Rule to provide an explicit basis for waiving the need to offer evidence of a particular disruption in the location of the Applicant.

Some delegations raised concerns about the proposed new Rule 82quater.3 (definition of “general disruption”, different Offices granted different extensions of time limits during the Covid-19 pandemic, the exact date by which an action would need to be taken following the expiration of an extension of a time limit,…) and at the end the Working Group invited the IB to develop modifications to the Administrative Instructions and/or relevant Guidelines, covering in particular:

The Working Group approved the proposed amendments to Rule 82quater.1 as set out in the Annex to document PCT/WG/14/11, with a view to their submission to the Assembly for consideration at its session in October 2021.

As a FICPI member, and using just a bit of common sense, I would expect that in case of a pandemic (which already brings with it enough problems and disease), the Applicants and the Owners of IP rights should not have to suffer additional procedural problems in managing their IP rights, so the Offices are strongly invited to come to a suitable harmonised solution. 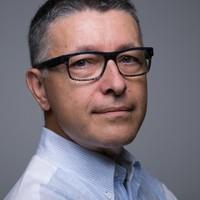 Graduated in Electronic Engineering with a computer science and management specialization from the University of Bologna (Italy).