Posted by Francesco Vatti
11 September 2019
0
Over the last few years, CET Group 5 (Biotechnology and Pharmaceuticals) has conducted an extensive study of the issues surrounding the eligibility for patenting of inventions relating to artificial organs produced by three-dimensional ("3D") printers. A 3D printer can produce an artificial organ using cells (preferably cells cultured from the same patient needing such an organ), after which the artificial organ will hopefully be appropriate for transplanting into a person needing such an organ. Improvements in computer science have led to the development of 3D printers that use solid or molten matters as ink. This has allowed the reproduction of solid objects. Indeed, 3D printers have been used to successfully produce very diverse objects. Attempting to use 3D printers to produce artificial organs has been a natural step forward, i.e., by using living cells rather than ink. The production of artificial organs by 3D printers is of great interest, particularly since it could result in many human lives being saved. Even if the artificial organ were not as good as the natural organ, it could nevertheless improve the quality of the patient's life. Artificial organs produced by 3D printers could avoid many problems related to transplantation, particularly in the situation where a suitable donor is not available. Moreover, even if there were a suitable donor, the risks of rejection and other potential side effects would be substantially reduced where the patient's own cells are used to produce the artificial organ. Thus, even in the absence of a donor, surgery could be scheduled while the patient is in better condition than they would be if they had to wait for a donor to be available. This would not only be better for the patient, but also for surgeons who would be able to schedule surgery at an optimum time rather than having to rush to implant when a donor organ becomes available. Furthermore, it would avoid the death of patients for lack of donors as sometimes currently happens. It would also allow production of as many organs as needed. Finally, it might well improve the organs for transplantation since donor organs currently vary in quality. Unfortunately, the attitude in many jurisdictions toward eligibility for patents of artificial organs produced by 3D-printers is not favourable. The above considerations prompted FICPI to address this issue. During the ExCo in Zurich, Switzerland in 2016, it was decided that the first step should be to collect data from a number of jurisdictions to get a precise idea of the magnitude of the problem. A briefing paper was then prepared and discussed during the ExCo in Hangzhou, China in 2017. After further discussions, a position paper was prepared and approved during the Congress in Toronto, Canada in 2018. As explained in that position paper, FICPI believes that the production of such organs, and the organs themselves, should be eligible for patenting provided they meet the other requirements to obtain a patent. However, particular attention should be given to claim drafting to avoid rejections on the basis that the claims would read on natural organs. Accordingly, it will be important to write the claims in a way such as to only cover artificially produced organs. It is FICPI's opinion that claims referring to processes for the production of artificial organs should in fact be eligible, since such processes are clearly human activity and not naturally occurring processes. Claims to prostheses incorporating biocompatible materials should also always be eligible, since such prostheses do not occur in nature. In the case of artificial organs produced using living cells in 3D printers, one possibility would be for claims to refer to the frame or core employed for their production. Another possibility would be to refer to the way cells are to be arranged around the frame or core. CET Group 5 is pleased to report that its efforts have culminated in a resolution passed during the last ExCo in Turin, which adopts the recommendations put forward in the position paper. 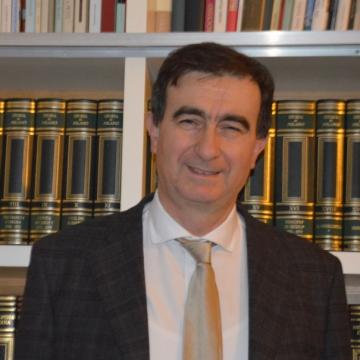