An Update From The Biotechnology and Pharmaceutical Working Group of FICPI

Posted by Sharon Crane
12 August 2019
0
CET5 (or "Group 5"), the Biotechnology and Pharmaceutical working group of FICPI, has active members in Austria, Australia, Brazil, China, Denmark, Germany, India, Ireland, Italy, Japan, Korea, Poland, Portugal, South Africa, Spain, Turkey, the United Kingdom and the United States. The group met in person in June of 2018 at the FICPI World Congress, and will meet again at the FICPI Forum in Vienna, Austria in October of 2019. In the interim, CET5 strives to have monthly telephone conferences to keep its members up to date on ongoing projects and developing issues in intellectual property as it pertains to biotechnology and pharmaceuticals. Chairs of all the CET groups met in Turin, Italy in April of 2019 in connection with the FICPI Executive Committee ("ExCo") meeting. Francesco Paolo Vatti (IT) presented a resolution, which was overwhelmingly passed by FICPI national delegates, on 3D printing of biological tissues and organs, a technology that provides a solution to the limited number of available tissues and organs for transplantation. The resolution noted that such 3D printed tissues and organs are creations of human innovation, do not exist in nature, and therefore should be eligible for patent protection. Mr. Vatti had previously drafted a FICPI position paper on the topic. Just prior to the Turin ExCo, FICPI, along with AIPPI and AIPLA, held a colloquium on Artificial Intelligence, which focused on four issues: (1) patent eligibility, (2) inventiveness, (3) sufficiency of disclosure, and (4) inventorship (in particular with regard to subject-matter that is wholly or in part created by a computer). A summary of the transcripts from the Colloquium has been generated, and CET5 member, Danny Huntington (US), who was also instrumental in initiating and organizing the Colloquium (along with other FICPI members, including CET5 members MaryAnne Armstrong [US] and Roberto Pistolesi (IT)), will be preparing a news item and an information paper as the issues relate specifically to biotechnology and pharmaceuticals. Joao Jorge (PT) and Susanne Hantos (AU) are in the process of analyzing the prior art effect of virtual compounds for an information paper, which may ultimately lead to a resolution. Likewise, Rana Gosain (BR) and Vidisha Garg (IN) are preparing a questionnaire regarding the patentability of polymorphs on a country-by-country basis. Biodiversity and associated national laws are also being addressed within CET5 by Deepa Tiku (IN) and Rana Gosain (BR), to address procedures and regulations in those countries regarding the disclosure of biological resources and their origins. Danny Huntington (US) is also monitoring the progress of the Intergovernmental Committee (IGC) on traditional cultural expressions (TCE) and genetic resources (GRs). Rowan Joseph (ZA) has prepared a summary and continues to monitor the Pat-INFORMED database, which is a database developed by a number of global research-based biopharmaceutical companies, supported by WIPO and International Federation of Pharmaceutical Manufacturers and Associations (IFPMA), in which patents are listed against active agents. Rafal Witek (PL) is preparing a news item regarding the manufacturing waiver in connection with Supplementary Protection Certificates. A questionnaire is being developed with regard to policies and procedures for examining claims to antibodies (Archana Shanker [IN], Sharon Crane [US] and Chris Mercer [UK]), with a particular focus on the breadth of claims to such subject matter as it varies among countries. In addition, a questionnaire is being drafted by Sharon Crane (US), MaryAnne Armstrong (US) and Abhai Pandey (IN) regarding subject matter eligibility. The issue of subject matter eligibility has been a highly controversial topic, particularly in the US, in light of Supreme Court decisions in the Mayo[1], Myriad[2] and Alice cases[3], and Sharon Crane (US) has written several FICPI news items on the topic. Dr. Crane recently attended day one of hearings of the Senate Judiciary Subcommittee on Intellectual Property, and worked with FICPI Member of Honor, former Chief Judge of the Court of Appeals for the Federal Circuit Paul Michel, as well as FICPI President Julian Crump (UK), CET6 Chair Brett Slaney and CET Vice Presidents Robert Watson (UK), and Michael Caine (AU), to draft a letter to U.S. Congress with FICPI's recommendations regarding the Draft Bill Text to Reform Section 101 of the Patent Act. CET5 continues to monitor and present to the CET and FICPI national delegates current issues regarding intellectual property protection of inventions in the biotechnology and pharmaceutical fields.
[1] Mayo Collaborative Services v. Prometheus Laboratories, Inc., 566 U.S. 66, 132 S. Ct. 1289, 101 USPQ2d 1962 (2012).
[2] Association for Molecular Pathology v. Myriad Genetics, Inc., 569 U.S. 576, 133 S. Ct. 2107, 106 USPQ2d 1972 (2013).
[3] Alice Corporation Pty. Ltd. v. CLS Bank International, 573 U.S. 208, 134 S. Ct. 2347, 110 U.S.P.Q.2d 1976 (2014). 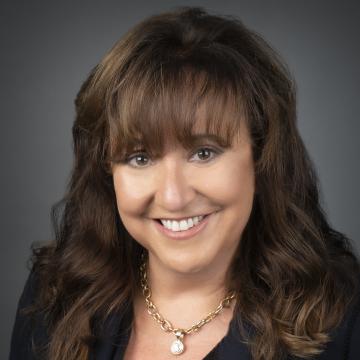