Posted by Julian Crump
21 July 2019
0
What is FICPI? Good question. You would have thought that as president I should be able to answer that one. If you would have asked me 6 months ago, I would have told you that "FICPI is a long-established international association (federation even!) of IP attorneys in private practice that does a lot of good work for the profession and holds an annual conference which, whilst smaller than some of our sister organisations, is nevertheless excellent for networking." Wrong! Well, not completely wrong, but it does not exactly hit the target, does it? In fact, you could pretty much have said the same thing about any of our sister groups just by substituting the appropriate acronym. FICPI is a long-established international association (federation even!) of IP attorneys in private practice that does a lot of good work for the profession etc., but that is not really why we are members, is it? And it is not exactly a message that will inspire young IP practitioners around the world, who are looking to further their own practices while juggling the multitude of demands of modern life, to join us, is it? Over the last 6 months, under the leadership of Assistant Secretary General, Elia Sugranes (ES), a team of FICPI members drawn from different parts of the world, of different ages and genders, and with different areas of focus in their professional practices, has been analysing what exactly it is that makes us want to be FICPI members and what our members want to hear from us. Armed with the results of this work, the team has been working to develop a new key "messaging statement" for FICPI that encapsulates in just a few words what it is about FICPI that our members value and appreciate, and this will guide our efforts in the future to give you, our members, more of the things you like about FICPI and less of the things you do not. Over the next few months, you will start to see a soft roll-out of the new messaging strategy - perhaps the eagle-eyed amongst you have already seen a few hints of it in recent materials - and there will be a formal launch at the upcoming 18th Open Forum in Vienna on 9-12 October 2019. I am very excited about the results of this project so far, and there will be a lot more to come as we thoroughly revamp our communications with members and the IP world at large. In the meantime, I would like to express my gratitude to Elia and her team, namely Sharon Crane (US), Doug Deeth (CA), Britta Fromow (NZ), Swarup Kumar (IN), Anne Levy (FR), Georg Puchberger (AT), Gloria Wu (CN) and last but definitely not least, Alexander Wyrwoll (DE), president of FICPI's Communications Commission.

Speaking of the 18th Open Forum in Vienna on 9-12 October 2019, I am delighted to learn from our Secretary General, Roberto Pistolesi (IT), that delegate registration numbers are now far ahead of where they were at a comparable time before the meeting for the previous Open Forum in Venice, so we are confident to achieve a very high attendance, no doubt thanks to the very attractive working programme that has been drawn up by our vice president, Ivan Ahlert (BR), and the stream coordinators, Michael Caine (AU), Lena Shen (CN) and Toni Ashton (CA) and Patrick Erk (DE) and the excellent social and guests' programmes prepared by Roberto and his team. I look forward to seeing many of you in Austria in less than three months' time.

There is so much else that I could mention that has happened since my last president's letter in March, but I want to pick out a few highlights.

The first thing is that the long-awaited "Project Orange" report has now been published under the title "The IP Practitioner - Adding Value to Innovation?" I debated with past-president, John Orange (CA), who is the report's lead author, whether the question mark should be included or not, but John was adamant that it should be there, indicating that the report aims not necessarily to provide definitive answers to the question, but provides a framework for further study and debate. The Strategic Planning Committee looked at ways to capitalise on the publication of the report when it met in Turin in March, and no doubt you will hear more about the report over the next few months as we work to bring it and its findings to the attention of other stakeholders in the IP system. One immediate conclusion of the work however was that the involvement of the profession directly enhances the value attributed to IP rights and generally benefits the IP system by increasing the confidence of others in assessing those rights. The report is now available on FICPI's website here, and I strongly commend it to you.

Confidentiality of communications between clients and their IP advisors

Changing topic, many of you will know that FICPI has been a long-time advocate of the need for multilaterally agreed rules on cross-border recognition of privilege for communications between IP attorneys and their clients. Indeed, FICPI was one of the three organising associations (with AIPLA and AIPPI) of a previous colloquium on this topic in June 2013 in Paris. FICPI was also one of the main observers to WIPO's Standing Committee on the Law of Patents (SCP) to argue in support of putting this matter on the SCP's agenda. Since 2013, there has been little progress on this issue within the SCP and owing to political pressure there was a great danger as we approached the 30th session of the SCP last month that it would be taken off the SCP's agenda altogether. I am happy to report that thanks to the stirling efforts of Kim Finnila (FI), Deputy Reporter General of the CET, and Jerome Collin (FR), Chair of CET Group 3 on international patent issues, at the 30th session, the topic remains firmly on the agenda with a "sharing session" to include practitioner input planned for the next (31st) session later this year. Kudos to Kim and Jerome for keeping this very important issue alive! Their report can be found here.

Patent eligibility in the United States

The last thing I want to report on specifically is FICPI's recent engagement with the ongoing battle to restore some certainty to the US patent system in terms of what is and what is not eligible for patenting following the notorious decisions of the Supreme Court in Alice Corp. v. CLS Bank International and Mayo Collaborative Services v. Prometheus Laboratories, Inc. Working under the valuable guidance of FICPI Member of Honour, Judge Paul Michel (US), former Chief Judge of the CAFC, FICPI's CET has now submitted a detailed letter to Senators Thom Tillis and Chris Coons, who are leading the Senate Judiciary Subcommittee on Intellectual Property's efforts to clarify the law on patent eligibility in the U.S. by meeting with stakeholders and conducting public hearings to determine how best to move forward with patent reform legislation. In our letter to Senators Tillis and Coons, which was drafted primarily by Sharon Crane (US), Robert Watson (GB) and Michael Caine (AU), we have commented on the text of draft amendments to 35 USC ?101, agreeing that that the removal of the term "new" from ?101 would be an important step to eliminate the obfuscation of ?101 with considerations clearly delineated in ??102 and 103 and that the addition of proposed new ?101(b) would legislatively ensure that "[e]ligibility under this section shall be determined only while considering the claimed invention as a whole, without discounting or disregarding any claim limitation." We have indicated that FICPI favours the inclusion of the "Additional Legislative Provisions", noting that ?101 should be construed in favour of eligibility, and the abrogation of all cases establishing or interpreting "abstract ideas," "laws of nature," or "natural phenomena" as exceptions to patent eligibility. FICPI is opposed to the proposed change to ?112(f) which we believe would introduce great uncertainty as to the scope of patents that include functional claim language. The full text of FICPI's letter will be made available shortly, but we believe that as the only international non-governmental organisation whose membership consists exclusively of IP attorneys in private practice, FICPI is able to bring an important and unique perspective to this debate, noting that in 2017 more than half of the patent applications filed in the United States were filed by non-resident foreign applicants. There is so much more I could mention, including the findings of the FICPI-AIPLA-AIPPI Colloquium on Artificial Intelligence and IP in March 2019 and the resolutions and positions adopted by our Executive Committee at its last meeting in Turin. However, these are all available on the FICPI website, so I will simply refer to you to the papers you will find there. FICPI also has many plans afoot for future activities, including a FICPI Symposium in Seoul, Korea in April next year, a FICPI roadshow though multiple cities on the US East Coast in May.

Last but not least, I want to draw your attention to the FICPI Seminar that will be held in Singapore on 22 November 2019. The preliminary brochure is available here and more details will be published very soon. If you are an IP practitioner in Singapore, Malaysia, Indonesia or elsewhere, please register for this event at which leading experts from the profession from different countries and jurisdictions will discuss important developments in the field of IP law and their impact on our day-to-day practice. The seminar will focus on how to best manage and adapt your IP practice to the new challenges of increased competition, harmonisation and centralisation, and the 4th Industrial Revolution. You will also be welcome to attend the CET meeting that will also take place in Singapore on 23-24 November. In the meantime, I wish all members in the Northern Hemisphere a very happy and relaxing summer and, for those of you in the Southern Hemisphere, chin up, it will soon be Spring. Julian Crump President July 2019 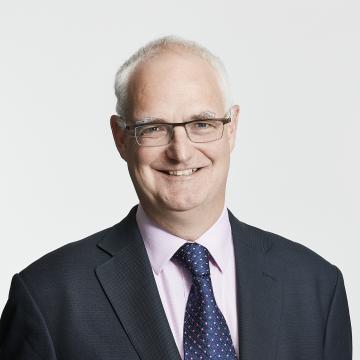