FICPI was invited to participate at the Group B+ Sub-group meeting and the Group B+ Plenary Session held in Geneva on 1st October 2019. The meeting was attended by Jérôme Collin and Kim Finnilä.

During the Sub-Group meeting IT3 (AIPLA, BusinessEurope, IPO, JIPA) gave an overview in the form of a chart on their work on the main topics of patent law harmonization. The IT3 has reached consensus on some issues, but is still discussing some other issues of the patent law harmonization package.  The issues remaining under discussion at the IT3 include Conflicting applications, duration of a Grace Period, a declaration to be filed in the case of a Pre-Filing Disclosure (PFD), Defence of Intervening Users (DIU), and Prior User Rights (PUR).

The Sub-group then continued their discussions on future work in a closed session.

The Group B+ Plenary Session commenced with an introduction to a Draft Agreement on Cross-Border Aspects of Client/Patent Attorney Privilege introduced by the core members (AU, CA, JP, KR, SE, ES, CH, UK) of the group. The draft is still a working paper but already covers the essential features of issue, including a definition of an IP advisor, cross-border communication and protection of forcible disclosure of confidential information.

AIPPI intervened in support of the draft agreement and presented its resolution recently adopted on this subject during the AIPPI 2019 London Congress.

The following steps suggested by the core group to the Group B+ member states were: (i) consultation on the draft agreement from 1 October 2019 to 28 February 2019; (ii) possible amendments to the draft from March to June 2020; and (iii) voting on the proposed agreement at the next Group B+ meeting in 2020. This proposal met with agreement.

FICPI was asked to give a concise presentation on the FICPI position on Substantive Patent Law Harmonization to Group B+.

Jérôme Collin thus summarized the FICPI position to the audience:

Regarding a Grace Period (GP) and Prior User Right (PUR):

This topic will be discussed at the upcoming Bureau and CET meetings in Vienna in late October to determine FICPI’s next steps. 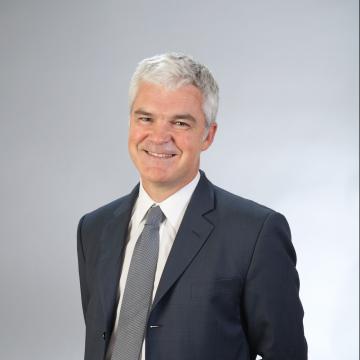 Jerome COLLIN – Partner at REGIMBEAU in charge of international matters. Jerome is qualified as a European Patent Attorney before the European Patent Office and as a French Conseil en Propriété Industrielle.